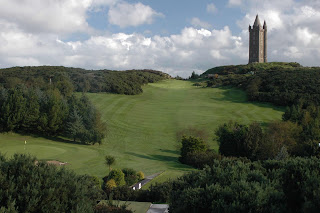 A year or two ago I was asked by Eddie Condren – one of Greystones’ most prominent golfers and a former Irish Senior panellist – what ‘qualified me’ to write a book on Ireland’s golf courses. As someone who is still a far better golfer than I can ever hope to be, he had a valid point.

And it wasn’t until the new Golf Digest Ireland Top 100 Irish courses was published last week that I realised what he meant. The guys on the magazine’s panel are all golf experts in one field or another, with strong backgrounds in the sport. What they look for in a course is completely different to what I look for.

“Portmarnock’s promotion (to the top spot) was based on key, course improvements, especially to run-off areas on several greens,” said Dermot Gilleece, editor of Golf Digest Ireland, and one of the eight-person selection panel.

I would never, in a million years, notice such things. And even if I did, it wouldn’t affect the ratings in my book. I’m more interested in the golf experience, the thrills and excitement. Perhaps that’s why Portmarnock, as special as it is, does not make it into my top 20, while two of my favourites – Portumna and Scrabo – don’t even make the magazine’s list. 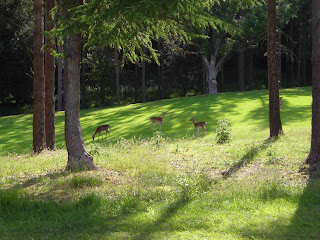 [Pic: Deer on the 17th fairway at Portumna]

Perhaps my answer to Eddie should have been that I am an amateur golfer who is viewing and reporting on Ireland’s golf courses from an amateur’s perspective. I don’t have the expertise of the magazine’s panellists (or panellists from any other magazine/book/programme for that matter), but then neither do the other 95% of amateur golfers who are playing Ireland’s courses.

As with any ranking – mine or Golf Digest Ireland’s – there are going to be people who agree and those who disagree, but as Oscar Wilde once wrote:

As long as people agree to disagree on which are Ireland’s best courses, people will continue to play them.

Posted by Kevin Markham at 9:16 AM