Rosslare Scratch Cup is back for 2022!

The Rosslare Scratch Cup hasn’t been played since 2019, due to the interruptions of Covid, but it used to be a stalwart of the amateur golfing season… and undoubtedly will again as this year’s tournament will be played on Saturday 9th April 2022. 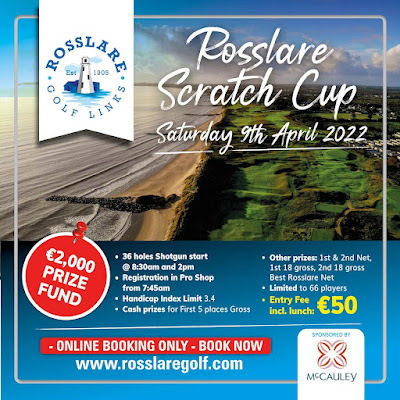 The 36-hole event over this smart links in Ireland’s sunny south east will be sponsored by McCauley Pharmacies. It also takes place the week before the West of Ireland, thereby providing an excellent opportunity for those looking to sharpen their links game before the first Irish major of the year.

“We are delighted that we are able to sponsor the Rosslare Scratch Cup on such a great links course. This is an event that we agreed to sponsor in 2020 but which did not take place due to Covid pandemic. It is great to see all forms of activities return to normal and we wish Rosslare Golf Links the very best of luck with their event”.
Tony McEntee, Chief Executive, McCauley Pharmacies 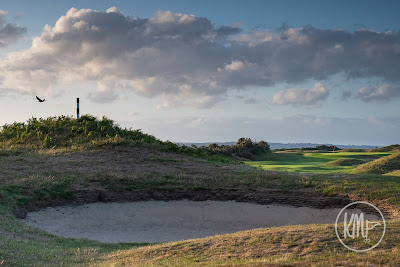 Defending champion Gary Collins will be looking to retain the title he won in 2019 and with a €2,000 prize fund to play for, there will be plenty at stake for all those competing. A double shotgun start with a redraw after round 1 should provide plenty of excitement down the stretch.

It also costs a mere €50, which includes lunch. 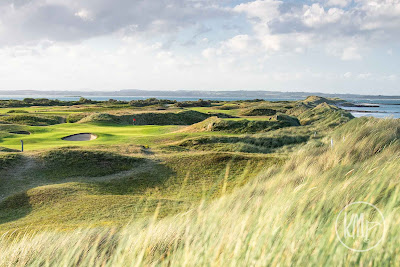 Entries are open to players with a handicap index of 3.4 or lower. Places are limited and will be allocated on a first come first served basis, so book now to avoid missing this fabulous test of links golf.

Bookings online only via https://visitors.brsgolf.com/rosslare#/open-competitions
Posted by Kevin Markham at 9:42 PM No comments:

Power to the K 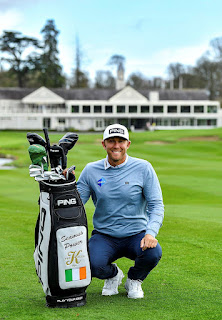 It would be hard not to have noticed the name 'Seamus Power' in the newspapers over recent weeks. He may have missed cuts these past two weeks but he's had the hottest start of any golfer to 2022. And he was back in Ireland this week, at the K Club, to join the resort as its new touring professional.

The partnership between The K Club and the Waterford-born golfer will last until the end of the 2023 season. Power has already won on the PGA Tour... chances are high that by the end of 2023, he will have won again. His talent has come shining through and, other than Leona Maguire, he certainly seems to be the Irish Golfer most likely to win a tournament.

The association with one of Irish golf’s brightest stars comes at the perfect time for The K Club. Power has climbed to 45th in the world rankings on the back of his outstanding performances, which include three top 10s, his best being a third-place finish at the Sony Open in Hawaii.

Conor Russell, Director of Golf at The K Club, said: “We are thrilled to have the opportunity to announce Seamus as our touring professional and believe he will fly The K Club flag proudly throughout the golfing world.” 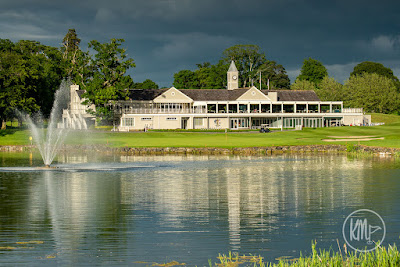 “As some of his biggest supporters, we look forward to having some fun with him along the way and share in the success that we are confident he will achieve.’’

Should Seamus remain inside the World’s Top 50, he will make his debut at The Masters this April. It will be a wonderful achievement for the Irishman and his loyal following of golf fans. 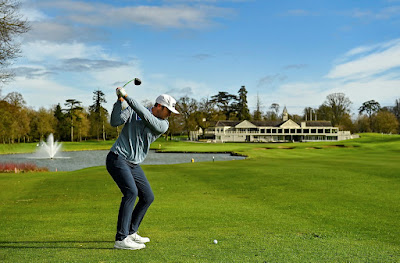 For Seamus, the relationship is a great opportunity to unite with one of golf world’s most prestigious and well-established names. “I have always carried a huge sense of pride being from Ireland and I am very excited to partner with The K Club as their new Touring Professional. While playing professionally around the world, I will proudly have the Irish golf flag and The K Club on my bag. I’m excited for the future and now having a relationship with an Irish club makes me feel right at home “ 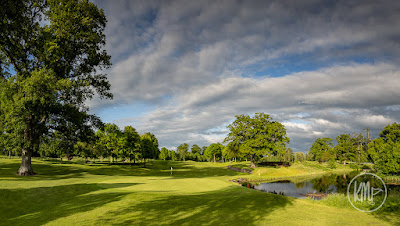 For more information on golf at The K Club see www.kclub.ie and www.kgolfwold.ie

Posted by Kevin Markham at 8:06 AM No comments:

It was a good week last week with some really positive news for Irish golf. Fairways and FunDays announced a new ambassador while Carne Golf Links announced the return of a major Irish championship. It also involved me returning to the K Club – on behalf of Fairways and FunDays – where there is significant work being done to the Palmer North course.

Irish golf grew worldwide in the years leading up to the pandemic with in excess of 200,000 overseas visitors playing golf here every year. Such volume accounted for more than 1.7 million bed nights and a financial contribution to the economy of close to €270 million. Post-COVID, thanks in no small way to the sterling work of Tourism Ireland and Failte Ireland, the pent up demand for Irish golf holidays is set to be released in a major way. And thanks to the rise of new Irish representation on the PGA and LPGA Tours, with Leona Maguire and Seamus Power joining the more established Irish tour professionals, Ireland’s reputation as a bucket-list destination has never been more evident.

Fairways and FunDays and Harry Ewing will be leveraging his reputation in the golfing industry and visibility amongst the golfing community to grow business in traditional and new markets.

“We are absolutely thrilled to be bringing Harry on board as our latest Ambassador. Harry will use his recognition and presence as a caddie on the LPGA Tour to grow our business which is exclusively focused on golf in Ireland, and to assist us in building better golfing experiences for our clients,” said Joe O’Carroll, director at Fairways and Fundays. “Harry is widely known in the sector through his 3 off the tee podcast and his strong track record. His latest caddying assignment, with USA’s Marina Alex is off to a flying start with her being in contention in her first 2 outings this year, most recently sharing the final round pairing with Leona Maguire on her first LPGA Tour win.”

It'll be a sound partnership and with Harry’s travels taking him worldwide – he’s heading to Asia for the next leg of LPGA tour – the word on the beauty of Irish golf and the professionalism of Fairways and FunDays will spread ever further afield.

Incidentally, since falling under new ownership the K Club has been investing heavily in its courses and facilities. The current thrust will see the Palmer North closed for some 10 weeks as huge work will be undertaken to ‘recap’ the top layer of all fairways, thereby massively improving the drainage. Other plans are also in the works.

The Good News for Carne Golf Links in Belmullet, Keeps on Coming

The PGA in Ireland’s premier tournament, the Irish PGA Championship, will return to Carne Golf Links following its successful staging last year. The 2021 edition of Ireland’s oldest Championship, which numbers major champions Padraig Harrington and Darren Clarke among previous winners, marked the official opening of the Wild Atlantic Dunes course at Carne, which combines the Eddie Hackett back nine with the new Kilmore nine. The 54-hole tournament will be contested from August 18-20, and it will be sponsored by Columbia Sportswear once again. The Pro-Am will take place on August 17. I played in it last year and it was – as expected – brilliant fun.

Gerry Maguire, the chairman of Carne Golf Links owners, Turasoireacht Iorrais Teo, added: “The team here at Carne Golf Links are privileged and honoured to have been asked once again to host the Irish PGA Championship in 2022. “This event is huge for the town of Belmullet and indeed the wider Mayo region, and its importance to both Carne Golf Links and the local economy cannot be underestimated.  We are delighted our main sponsor for the 2021 event, Columbia Sportswear, have kindly agreed to also sponsor the 2022 championship, and we very much look forward to working in partnership with them, the PGA in Ireland, and the local community, to ensure the 2022 tournament is even better than its successful predecessor."

The announcement comes on the back of Carne’s Wild Atlantic Dunes course placing at number 13 in Irish Golfer magazine’s Top 100 course rankings, 2022. This means that Carne is now the highest rated course on this North West coastline. Along with the return of international visitors in 2022, the future for Carne Golf Links is looking very bright indeed.

Posted by Kevin Markham at 8:45 PM No comments: