"Just don't three putt the first green," said Dave, the General Manager at Galway Golf Club. We were sitting in the upstairs restaurant, looking down on the practice green where balls were flying off putters and leaving golfers bemused. We had been discussing the speed of the USGA spec greens, and I was officially terrified. Fast greens are not my forte.

Read more »
Posted by Kevin Markham at 9:48 AM No comments:

With the Irish Open being held at Fota Island Resort later in the week, the Shell Pro-Am was a chance for some Irish PGA Professionals to prepare themselves for the big occasion. For others it was a valuable PGA event. Plus, they were playing an incredible course.

Mark Staunton, who will play in this week's Irish Open at Fota Island, carded a second round 67 to win the Shell Pro-Am at Carne Golf Links. The Delgany GC based professional finished the tournament on 138, four under par, edging out Peter Martin (Colin Park Golf Academy).

Brendan McGovern (Headfort GC), David Ruddy (Cahir Park GC) and Colm Moriatry (Glasson Hotel and Golf Club) finished on two under. Moriarty led over night following his opening round 66, but he struggled on day two, signing for a second round three over 74.

Staunton, a former Irish Order of Merit winner, was tied for eighth at the start of the day's play following an opening round 71. He made a fast start to his round yesterday, with a birdie at the first and added three more birdies on the front nine, going to the turn in four under 31. He dropped a shot at the par three 14th but birdied the par three 16th to come home in level par 36.

Also in Mayo over recent days - and showing the quality of the county's two links courses - was the Ladies Irish Close Event, played at Enniscrone.
Posted by Kevin Markham at 4:52 PM No comments:

Everyone's a Critic - Driving The Green

When you write a book and put it out into the world, you have to be prepared for what readers think. Some will like what you've written... some won't. And you just have to roll with the good and the bad.

I received a very positive review on Amazon from Lorna Sixsmith (repeated on her blog, www.irishfarmerette.com), but a bit of a critical/messy one from Sam (see photo)! Fortunately Sam is only 2 and 3/4, so I'm not taking it to heart.

Here's what he thought:

Posted by Kevin Markham at 2:09 PM No comments:

Top Tips to Help You Stay Motivated While Getting Fit

OK, let's have a show of hands... who out there keeps promising that they're going to get fitter, that they will improve their golf game by doing so and that their overall well-being will be enhanced as a result?
I'd put my hand up but, as a two-finger typist, doing so would reduce my typing speed to a glacial pace.
As someone who gets up in the morning and wonders where that first ache is going to come from, I have promised for years to improve my 'lifestyle', diet and flexibility. I've taken up Pilates, but there are so many other things that have to be done right if change is:
a) going to happen, and
b) going to last
Here is a guest post with six tips to help you get started.

Read more »
Posted by Kevin Markham at 3:57 PM No comments:

A couple of years back there was a hullaballoo about golf balls in Donegal's Lough Salt, that were hit there by Old Tom Morris on his way to designing the course at Rosapenna. They are worth a few bob: estimates are in the region of €25,000... per ball.

Now an Irish businessman wants scuba divers to go retrieving golf balls from other lakes around the country. The balls won't be worth quite as much (€9 vs. €25,000) but he's obviously making it work and selling them on... probably back to the original owners.

So, if you're a diver and you have some free time, here's the piece in BreakingNews.ie:
http://www.breakingnews.ie/discover/oddball-idea-could-be-just-the-ticket-for-scuba-divers-633047.html

There's a link to the original job ad at the bottom of the piece.
Posted by Kevin Markham at 8:22 AM No comments: 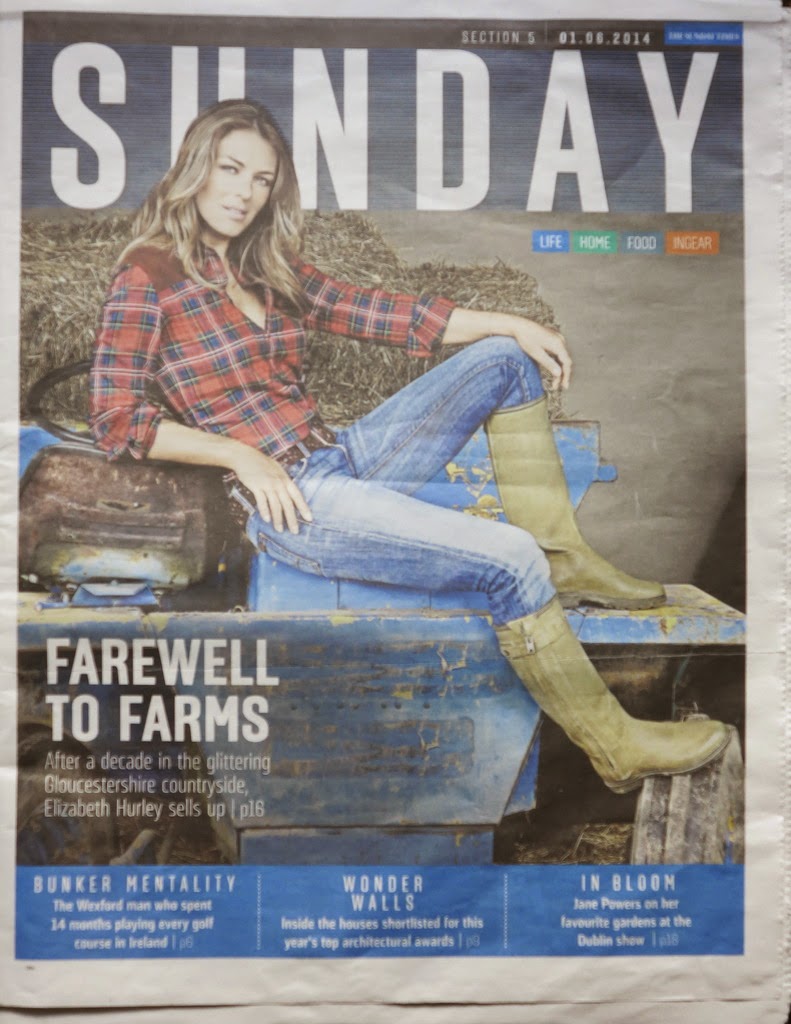 "Wear something colourful... we'll try and get you on the front cover."

That's what they told me in preparation for a photoshoot with the Sunday Times last week. It was to promote my new book, Driving The Green, and for that reason I looked for the most 'colourful' items of golf clothing I had. It didn't take long to realise that my red plaid trousers were the only contender.

Read more »
Posted by Kevin Markham at 5:56 PM No comments: