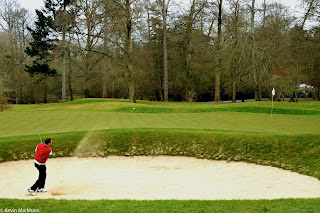 The inaugural Social Media Open Irish Golf tournament came to an end on Sunday, April 14th, 2013. This blog is just a few months late! But that's due to Golf Monthly magazine who were kind enough to hire me to take photographs, which meant I couldn't release the shots until the mag was published... which it was a few days ago. 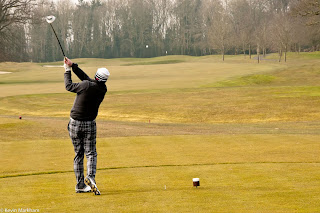 40 golfers from Ireland, the UK and Sweden played over Mount Juliet, Castlemartyr, Adare and Old Head of Kinsale. I was taking the photographs at Mount Juliet on the 1st day and, by close of play, there was really only one pair in it: KevRedCon and DeckyD. Putting in a massive 48 points meant the other 19 teams were always playing catch-up. 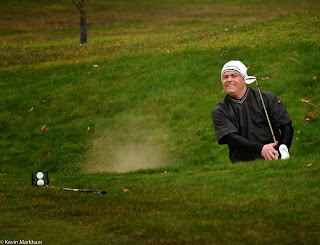 There was plenty of partying and entertainment over the five days, judging by the Twitter-chat and photos of - surprise, surprise - jugs of beer. It's the kind of event where everyone knows everyone else through the social media sphere, even if only at the other end of a keyboard. It makes it more of a friendly get-together than a tournament... just don't tell Kev and Dec - wouldn't want them thinking that all those hours on the practice range had been put to waste. Then again, their 1st prize consisted of custom made Bobby Grace putters, the Grace Murphy Trophy and free golf at next year's event.
If you want to know a bit more about the 2014 tournament click Here, but you might have to get in a queue if you want to play as the spots filled up fast. The organisers are looking to expand the numbers as a result of so much interest. 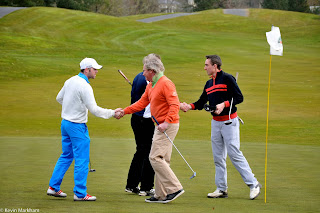 The value is excellent, the courses superb (Doonbeg replaces Mount Juliet in 2014) and the craic is mighty (to flog an Irish golfing cliche). €505 per person might make you think - 'that's a lot', but take a look at what is included and you'll realise it's an absolute bargain. 4 rounds of golf and 5 nights' accommodation.

There were plenty of sponsors who got involved and plenty of bright (dare I say 'shocking') colours worn on the golf course - thanks to companies like Royal & Awesome.

A big congratulations must go to Tom Kennedy, on the success of the event and sourcing all those sponsors. He is now working in Ghana, pursuing a new role in golf, but his legacy is legend! And he's running the show again for 2014.

From a photography point of view it wasn't the brightest of days, but here are some moments from the first day of the Social Media Open at Mount Juliet - 50 photos and 3 videos

Posted by Kevin Markham at 3:40 PM