Golf courses are getting longer: Fact or just a myth? 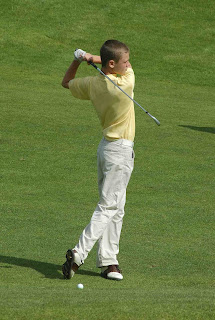 The debate is an ongoing one - new equipment makes us longer and straighter. In the professional game we've seen courses get longer and longer as they seek to defend themselves against the modern game's big hitters

The following is from a guest blogger at Ladbrokes.

As in many other sports, advances in technology have made golf far better to play for people at all levels, from the most successful professional to the casual amateur who heads to his local club once a week. The technology behind everything from the clubs and balls to the clothing and footwear has become far more sophisticated of late.


Keeping pace?
Many golfing brands such as Ping, Callaway, Titleist and Nike are all claiming that their balls have more flight and that their clubs can help to make you hit the ball further and straighter. Aided by advancing golf technology, today’s professionals find it easier to drive the ball in excess of 300 yards – many of those playing at the WGC Bridgestone Invitational among them.

As some players are finding it easier to hit the ball further, it seems that some golf courses are being lengthened in order to take this into account. Before a ball was hit, the course at Augusta for the Masters was nearly 7,500 yards long, which for those who aren’t renowned for their big hitting proved to be a challenge too far.

Flight of fancy
It’s often quoted that ball flight has increased by 10% in some circumstances. This seems to give modern golfers a big advantage on par fives or long par fours which older players never got to enjoy in their pomp, but are courses being adapted in order to accommodate this? In some cases, they are, as the gradual modifications made to Augusta reflect.

Some believe that golf courses are too long, with campaigners calling for courses to be shortened to a mere 6,000 yards. They believe that this would make rounds shorter and would make golfers have to rely more on their short game. Basically, it seems that courses are getting too long for some, even with the improvements made to some equipment.

My opinion on this is that courses over, say, 6,800 yards are inaccessible to most amateur golfers. I'm a firm believer in strategic golf, not thrash-and-bash, which is why a course such as Rathcore is so appealing. Big hitters will find trouble on several par fours, but they can still open up on others. It's the variety that makes it special. From the White Tees, it is, coincidentally, 6,008 yards.
Posted by Kevin Markham at 1:44 PM