We know Slow Play in golf is a problem (For Part 1 Click Here), so what are we going to do about it? There are plenty of solutions, from ongoing education (for both juniors and adults!) to constant reinforcement by fellow players, Managers, Pros etc.

The thing is, we tend to sit back and let others tackle the problem... that's where politicians came from and look how well that worked!

Here are ways that YOU can deal with it when you get stuck behind the slow golfers: 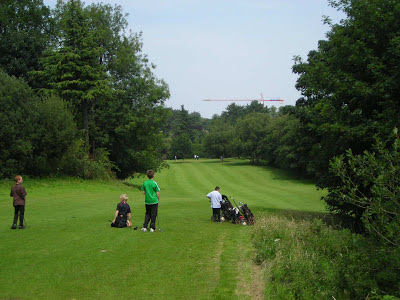 1. Play earlier in the day.
It is accepted that as the day wears on, rounds will get slower. Golfers cherish early morning tee slots for a reason. It's not guaranteed to work: we used to have an old fella who was notorious for lighting a pipe, taking an age to do so, but liked to be out as early as possible. He never saw why he should get a move on.

2. Learn to live with it.
There are plenty of golfers who see golf as a chance to relax and take time away from the stresses of their life. Slow golf from those ahead is therefore the least of their problems and they're content to chat and enjoy the day while their playing partners fume. I envy those people.

3. Make a complaint to the Pro or General Manager after the round.
If this is the route you want to take bear the following in mind: for your complaint to be taken seriously, put it in a letter so that there's a paper/email trail; be specific and spell out how long the round took and how many holes the guilty group lost on those ahead; get your playing partners to 'sign' the letter.

But... be prepared to be regarded as a sneak and/or a busy-body. Personally, I'd suggest that you don't do this after one infringement. Who knows what might have been going on. If you get caught behind the same slow golfers 3 or 4 times, then make the complaint... but by that stage I imagine you'll have moved yourself to a different (earlier) tee time. 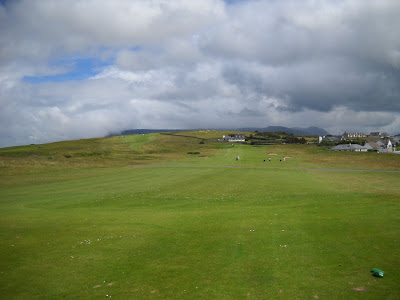 4. Participate and join a committee.
If you're that hung up about it, get involved in the club's operations. It has been proven that erecting signs around the course, urging faster play and providing recommended times to reach specific points, makes a difference. Get the club to hire a Ranger who will do his job properly - a traffic warden is a perfect candidate. Have the Pro tell all golfers that they're on the clock. Have a Starter on the 1st tee. Have someone on the 10th. There are several ways to put golfers under just enough pressure that they won't delay.

Even if you don't want to participate formally, make the above suggestions and make yourself heard. Committees and Councils are brilliant for nodding and agreeing and smiling and then doing nothing... much like 95% of our politicians.

There are more drastic actions. I like the idea of having a penalty system for slow golfers. Even if it was only to run for a month it would get the message across. Slow groups/golfers would receive a fine or they would only be allowed to play after a certain time. Even better would be to publish an official sheet of Slow Golfers on the club's noticeboards (much like the tax dodgers, sorry, defaulters). Nobody wants to see their name on that.

The opposite approach could work, too, i.e. reward people for fast play, whether it's discounted green fees or a free drink etc.

The trouble is, this makes it all a bit nanny-state. It must also be remembered that golf has an older profile than other sports. You may be trim and thirty and playing off 4; the guy in front might be 80, have a dodgy hip and be playing off 24. Allowances have to be made, which leads to the most obvious and most direct route...

5. Deal with it yourself.
Some golfers are ignorant of the etiquette, while other golfers are just ignorant. It's up to you whether you want to approach them during the round or afterwards, back in the clubhouse. The latter approach usually involves two words from the guilty party, one of which is 'off'.

I have never seen this being successful because the golfers are no longer on the course, simply don't care what you think or just laugh it off.

... which leaves doing it during the round.

Email ThisBlogThis!Share to TwitterShare to FacebookShare to Pinterest
Labels: slow play in golf