We’re into February, so this blog is a month late (I was waiting for some GUI figures), but with little to dwell on so far - Rory’s silly 2 shot penalty aside - the sentiments remain the same. 2012 could be a defining year for Irish golf… or it might not.

Will we win a Major or two? How many of our boys will make the Ryder Cup team? Will Rory or G-Mac win the Irish Open, or do the likes of Shane Lowry and Gareth Maybin have a shot? Can Padraig stop his spiralling decline down the work rankings? Can everyone’s favourite, loveable rogue put down the pint glass and get back to golf?

There’s not an Irishman around the world who doesn’t want to see Rory slipping on the Green Jacket after the disaster of last year. The question is – will he wrap up more than one Major? 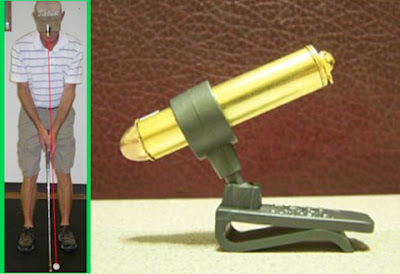 As much as golf punditry focuses on Tiger’s return and his prospects for the year (don’t tell me he’s not going to start winning again), the Irish concern has to be on Padraig. In a couple of weeks’ time our greatest ever golfer is going to slip out of the top 100, and yet he keeps telling us that everything’s fine, that all he needs is a tweak here or there and he’ll be back. It pains me to see the man struggle, but I see a Tin Cup moment approaching when he’ll have golfing paraphernalia dangling from his head and an expression that says: ‘hey, this one’s gonna work.’ Personally, I think he’s trying too hard. Some time spent away from the game would do him the world of good... as if that's going to happen.

As for Shane Lowry, he’ll win something this year and keep the stream of Irish winners ticking over nicely.

Check out the poll on the top right of the blog and add your thoughts.

We lost three courses in 2011 (Kilkea Castle, Limerick County and Turvey), along with one of the Citywest courses (Lakes) which is set to become an interesting par 69 car park.

What 2012 holds is anybody’s guess but it is a serious concern for Irish golf. Most worryingly of all, it is not the weakest clubs that will fail necessarily. Take a bow, NAMA.

NAMA props up several courses whose owners have gone kaput thanks to the banking/property fiasco and their own greed/stupidity (delete as appropriate). The courses themselves are good (Tulfarris, Fota Island, New Forest…) and were simply luckless in who owned them , but with so much pressure being put on Irish golf in general, something’s got to give… and if it’s not the NAMA courses, then there will probably be casualties nearby. 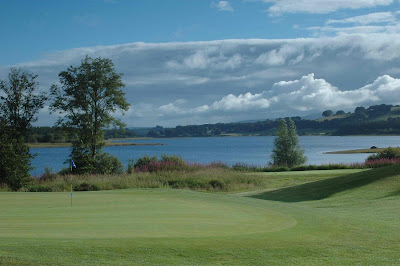 [Photo: Views over the lakes and 13th green at Tulfarris]

That in itself is not fair, but the Government and their friends at the Bad Bank are trying – allegedly – to get the best value for money for the Irish taxpayer by funding these clubs, and if other just-about-financially-viable clubs suffer as a result of these actions, that's not the Government's concern.

Elsewhere, several golf clubs are in receivership/administration and not under the protective NAMA umbrella. And they are fighting for their lives. Deals have been made late in the day with banks who have provided assistance, extended overdrafts and get-out-of-jail free cards. Two clubs that have fought their way back from the brink are Knockanally and Beaufort, with the latter now run entirely by the members in an attempt to survive. Their efforts should be applauded and, as a fine and elegant course, I hope it does survive.

Without meaning to sound harsh, there is a desperate need for some clubs to fail so that others can prosper. But who would you wish that on? (Actually, I have a few in mind but I’m trying to be objective here.) If golf courses can get through this year and next, they have a good chance of making it the whole way. But there's a lot going on between now and then... 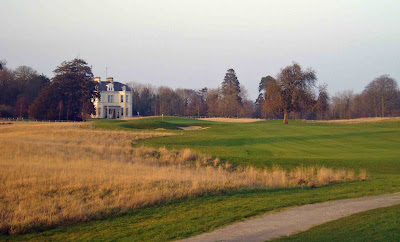 Another worrying trend is the continuing fall in the number of GUI full membership golfers. The figures read as follows:

Between 2007 (the peak of GUI membership numbers) and 2011 the number of golfers fell by 17%. Over 25,200 golfers have dropped out. A few have become 5 or 6 day members, others country members, but most have simply decided to save their annual sub and use their money for more important things. When they want to play golf – at any of Ireland’s courses – they have the opportunity and the means to do it.

The paradox is that many clubs have waved their joining fees in an attempt to attract golfers. Moyvalley is the one oft cited (from €75,000 to €800), but there were many others where joining fees could have bought you a very classy car and a three week holiday in Oz.

The positive news is that tourist numbers are up (7% overall in 2011), with the American golfing market particularly buoyant, with a boost of 25%; the bad news is that we’re still way down on the highs of 2006/7. But as long as the numbers are moving in the right direction there’s cause for optimism.

And with our green fees so severely slashed (and far more realistic), it makes Ireland a more attractive golf destination still. Then again, you’d have to sell your house or give up your three week holiday to Oz just so you can afford to take your golf clubs on a Ryanair flight.

The names of Rory, Darren, G-Mac and Padraig must also be a big draw and Failte Ireland are certainly doing their best to push these guys in their marketing campaigns.

Perhaps they should be building on the ‘Gathering’ planned for next year, and start a ‘Golf Gathering’ as well. 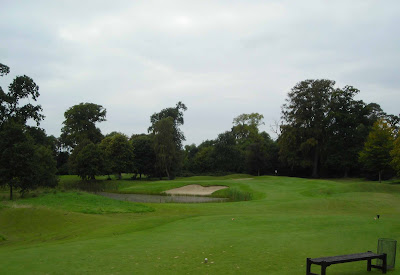 [The par three 3rd at the K Club Palmer course]

During the boom years there were some golf clubs that were, simply put, unaffordable for the average, hard-working golfer. The K Club led the way with monstrous green fees approaching €400. Never has a golfer wanted to play 400 shots in a single round of golf just so they get their money’s worth.

But smaller clubs weren’t blameless, with clubs around Leinster pushing green fees up towards the €100 mark. Many of these are down to the €30-€40 bracket again, and that can only be a good thing. Elasticity of demand and all that economics stuff, which I sat through in college, makes my blood run cold but I get the gist… and I hope golf clubs do too. 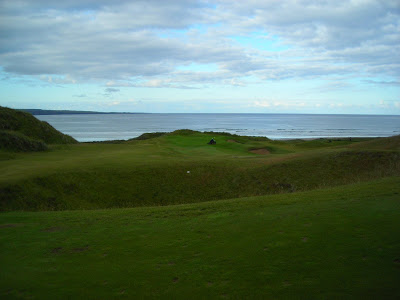 [Photo: Approach to Lahinch's 6th hole - all the more enjoyable when you play it for €50]

Today, if you want to play the big courses as a special treat, you can do so. At this time of year you’ll find some cracking deals (Royal County Down is £50, Lahinch is €50 and Druid’s Glen is €40), but even during peak season, prices are down by 25% to 60%. You just have to look a little bit. Last year the K Club had open ‘Festival’ days when you could play the Palmer course for €75.

Without murdering a cliché or two, Ireland is in the rough but there is plenty of light at the end of the tunnel. Irish professionals are winning, golfing tourists are coming back and green fees have come down. It sounds so easy when you put it that way. Now, as long as you support your golf club, we’ll be grand.

Posted by Kevin Markham at 7:43 AM