Too much hotel space 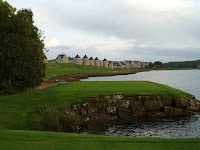 
Some interesting tourism statistics have been appearing in the last week or so. One that caught my eye was this:

The total number of hotel rooms in Ireland has surpassed the 60,000 mark. Of these, 27,000 were added between 1999 and 2008, when, quite simply, Ireland went mad. This, according to the Irish Hotels Federation, is 25% too many. In other words, to make the hotel industry viable again, some 15,000 rooms need to be lopped off. And perhaps more – tourism numbers were down by one million last year 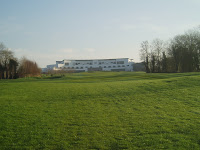 [Photo: Killerig Castle's 18th up to the hotel]

How does that look when you bring in golf? In the same period there were probably fifty new courses built and, of these, 18 resulted in new hotels:

The list is an impressive one but with the downturn it is easy to see why rooms will remain empty for some time to come. Some will survive; some will not. There are already rumours that Moyvalley has reached a point of no return. Remember when the club first opened? Membership was €75,000. This country really did get too big for its boots, didn’t it, and the golf courses did the same. 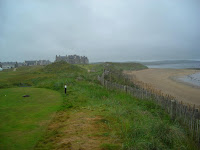 [Photo: Doonbeg's 18th with 'The Lodge' beyond]

If you look at that list there are six clubs/hotels that wouldn’t be missed. That said, there are some on there that are spectacular. 2010 is going to be an interesting and, I suspect, depressing year for Irish golf. The general feeling is that if we can get through to 2011 then there will be light at the end of the tunnel. Until then, clubs will have to struggle on, offer great green fees and pray for a good Spring and Summer.

Posted by Kevin Markham at 7:25 PM