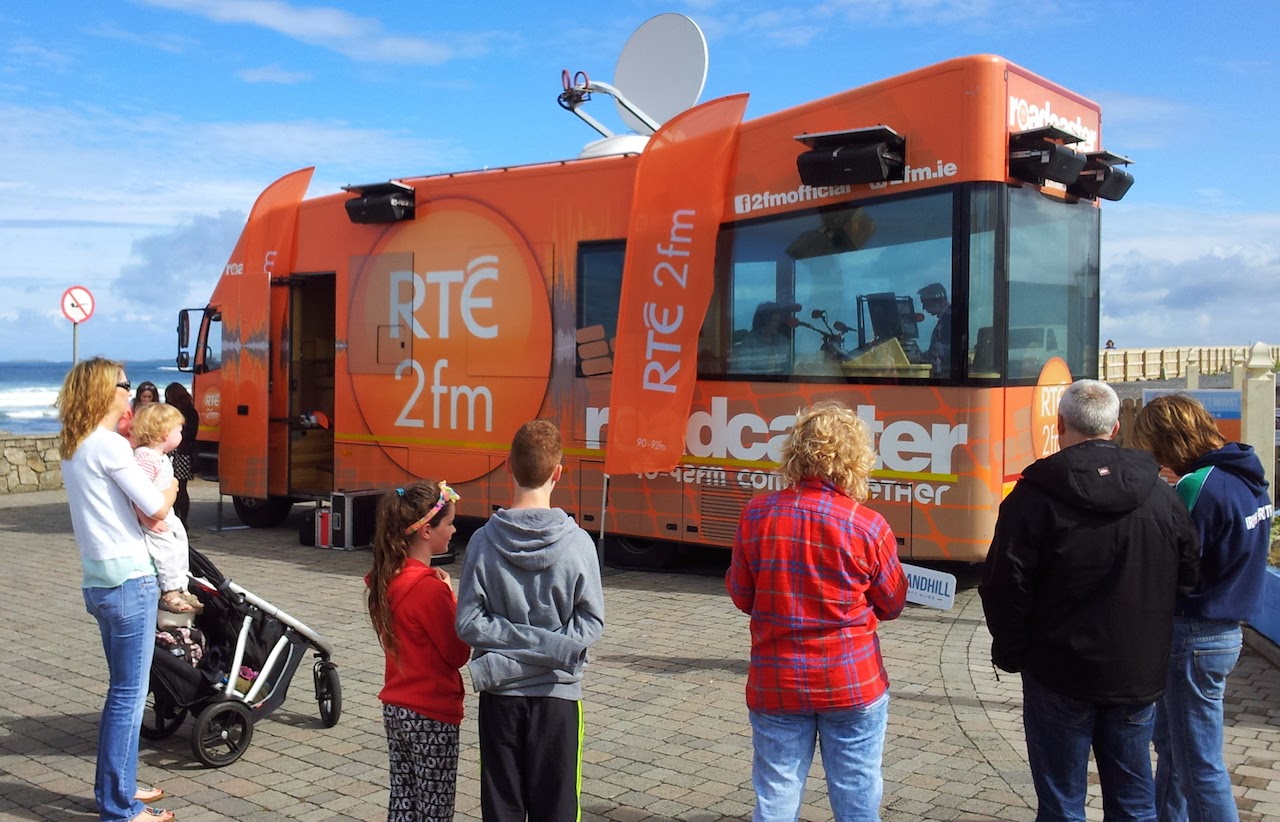 A few weeks back, the Ryan Tubridy Show did a five-day tour along the Wild Atlantic Way. They started in Strandhill, in what the show's crew affectionately call the 'chip van'. Clearly they haven't been to Gorey at 1am on a Saturday morning, because the RTE Roadcaster was a slice of 5 star luxury by comparison.

The Wild Atlantic Way (WAW) is this year's BIG Irish thing. 'The Gathering' was last year and it delivered significant increases in tourist numbers. This year those numbers are even better with a 12.3% increase in tourists between April and June. That's close to quarter of a million more tourists. The Wild Atlantic Way has been generating a lot of interest at home and abroad, and may well be one of the reasons for this growth... but not much has been made about the world class golf en route.

Not until Destination Golf (see page 28-33) produced a July article which covered six courses along the WAW, from Donegal's Narin & Portnoo Golf Club, to the links at Connemara, in Galway. Truth is, there are some 30 golf courses on the WAW, which runs for close to 2,500km from Malin Head to Mizen Head. It would take far more than one article to do the golf courses justice.

With the launch of Driving The Green, I was invited on to the Tubridy Show when it was being broadcast from Strandhill. Clearly the rationale was that my passion for golf in this neck of the woods would make me an appropriate guest. It helped that where the Roadcaster was parked was exactly 76 paces from Strandhill Golf Club's 7th green... and later that morning I was taking part in the Atlantic Coast Challenge, across Carne, Enniscrone and Rosses Point. It didn't make talking about this beautiful part of Ireland a difficult task.


If you want to listen to the interview, click here and then hit the 'Listen' button under Mr Tubridy, himself. My interview starts at 1.37:47. If you listen very closely you can even hear the sound of the waves... or maybe that's just the frying of chips.