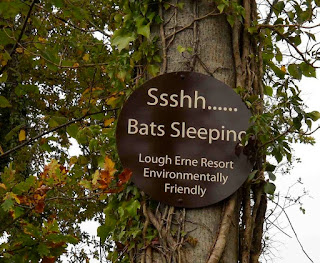 From Guest Blogger, Rory, a review of five of Ireland's most modern golfing parklands.
This is a follow-up to Rory’s blog on Ireland’s Links Masterpieces

The Emerald Isle is home to some of the most traditional golf courses in Europe; courses that are rooted in history and a great reminder of where the game has come from. The likes of Ballybunion and Lahinch have long been flying the flag for Irish Golf but, in recent years a number of new, younger courses have come to the fore, helping Ireland maintain its position as one of the best golf destinations in the world. Here are five of the best parkland courses to have joined the Irish Golf party in recent years and why they are a must for golf aficionados.

Located in the heart of County Wicklow – The Garden of Ireland – Druid’s Glen boasts magnificent flora and as such is a riot of colours; it is without doubt one of the most picturesque golf courses on the Emerald Isle, often referred to as ‘The Augusta of Ireland’.

Opened for play in 1995, Druid’s Glen was laid out by the revered duo of Pat Ruddy and Tom Craddock. The Glen course immediately grabbed the attention of the European Tour and was awarded the Irish Open just a year after opening.

The Glen course traverses a uniquely picturesque landscape that pitches and rolls across undulations, providing much variety and intrigue from start to finish. Distinctly Irish – there is an ancient Druid’s alter behind the 12th green and a giant Celtic Cross depicted in a stunning flower bed just below the 12th tee – Druid’s Glen offers an endless array of spectacular holes highlighted by the best set of par threes in the country, as well as a grandstand finish with an amazing final hole.

Players who can find the fairways will have plenty of chances to score well due to the immaculate conditioning at Druid’s Glen but beware of the water as it’s everywhere – and in play on seven holes on the back nine.

Killeen Castle is one of the newest golf courses in Ireland, having only been completed and readied for play in 2008. Despite its tender age, this Jack Nicklaus design has shot straight to prominence, hosting the Ladies Irish Open in 2010, 2011 and 2012, and the Solheim Cup in 2011.

Killeen Castle flows over its impressive County Meath estate with so much grandeur and space that you rarely see another hole. It adds a great sense of seclusion and makes each shot a dramatic affair. The Golden Bear’s personal stamp is all over the course, with generous fairways that allow players to cut loose with the driver and large green complexes heavily guarded by bunkers and, in places, water hazards. They require accuracy and precision when approaching the flag.

The excellent conditioning and imaginative layout make Killeen Castle a joy to play for professionals and amateurs alike and thanks to a number of tee positions on every hole, all golfers can find their comfort zone at Killeen Castle.

Set in the shadow of the awe-inspiring 18th century Adare Manor House, this stunning golf course was designed by Robert Trent Jones Snr and, like Druid’s Glen, opened for play in 1995. Like many Trent Jones designs the course is long, very long in fact from the back tees but from the whites it is perfectly manageable for the average player weighing in at a little over 6,500 yards. Adare is picture perfect – the River Maigue cuts through the heart of the course – and features subtle American accents such as American-styled mounding, lots of water and clover leaf style bunkers; another hallmark of Trent Jones’ work.

Framed by age old, imposing trees, this gorgeous layout is relaxing and yet dramatic, with the pace really picking up after the turn, building towards an exciting crescendo in the form of the par 5 18th which is widely considered to be one of the best finishing holes in Ireland.
Like Druid’s Glen, Adare has also enjoyed the privilege of hosting the Irish Open, confirming its status as one of the best inland tracks in Ireland.

Lough Erne enjoys one of the most spectacular locations in Europe. Nestled on a private 600-acre peninsula between Lower Lough Erne & Castle Hume Lough, this amazing course has a symbiotic relationship with the lakes and wetlands of the area with water coming into play throughout most of the round. This is pure, unadulterated entertainment from start to finish.

Needless to say on a course defined primarily by the surrounding wetlands, accuracy and good course management are of paramount importance at Lough Erne. Simply blasting it off every tee won’t get the job done. Impeccable greens and excellent conditioning throughout simply add to the allure.

The course was designed by Sir Nick Faldo who claims it is "one of Europe’s - indeed the world’s - most visually stunning golf courses." With sweeping panoramas from almost every vantage point and views of the lakes on every hole, there are few who would argue with that.

Lough Erne is Ireland’s answer to Loch Lomond which gives you some idea of just how good this course is. An absolute must for anyone travelling to Northern Ireland to play golf.

An unknown gem that takes rippling terrain, lakes and a gorse-infested landscape and turns it into a smart, sharp and short parkland.

Most golfers will have heard of the courses listed above but Rathcore remains a well kept secret which is surprising given its undoubted quality. Opened for play in 2004, Rathcore cuts its way through rolling parkland where a number of natural springs bring water into play, all the while playing across the rolling drumlins of County Meath.

The course measures a mere 6,533 yards and is laid out in two loops of nine. A smart, sharp design flows around a number of lakes and through oceans of gorse. It demands strategic play rather than a grip it and rip it approach which will appeal to the golfing connoisseur. The 130 acre estate is also home to two ancient ring forts and a moate inside which Anglo Norman knights built a wooden fortress.

Along with the intriguing layout, these features give Rathcore a unique and special feel. Intelligent golf required, satisfaction guaranteed.

So, why not come and play some great Irish golf!
Posted by Kevin Markham at 7:12 PM