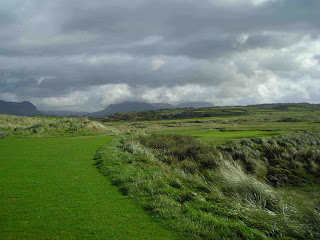 The West of Ireland (Amateur) Championship at Rosses Point, Co. Sligo, is a rich breeding ground for Ireland’s future professionals: Harrington (1994), McIlroy (2005 and 2006), Shane Lowry (2008) have all won here, while Walton (1980), Murphy (1995) and Hoey (2001) were runners-up – Gary Murphy losing at the 23rd hole. Other instantly recognisable names include McGimpsey, Fox and Fanagan, not to mention Miko Illonen from Finland, who won here in 1999 – proving it’s not just an Irish affair. The 2009 winner was David Corsby from Royal Lytham, who beat the 2008 winner, Shane Lowry, in the final. 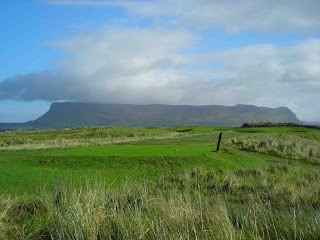 Rosses Point (Par 71) is a tough test of golf in any conditions, but coming in early April 2010, it was going to be a tough affair this year. And the wind blew during the two days of strokes competition. There were 141 competitors (and 61 reserves), and CSS on Day One was 74, and 73 on Day Two. Forget about qualifying – sometimes this was about surviving. The wind was coming straight down the Index 1 par four 7th of 393 metres, which has a deep drain right in front of the green. 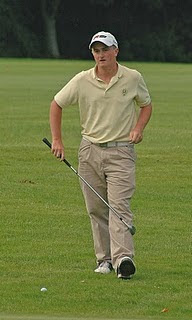 When McIlroy won his first West of Ireland, he was 16 years old so I had high hopes for my home club’s 17 year old star, Paul Dunne (pictured). With a handicap of +2 it was his first visit to the West of Ireland Championships. He fought through the winds on the first two days to record a 77 and a 71, which qualified him comfortably for the matchplay stages. He won his first round match against Brendan Walton (The Island), but lost 2&1 to Eddie McCormack (Galway) in the next round. No doubt it was an excellent education for Paul and he will be firing at plenty more titles this year - especially after a stunning 64 in the Lee Valley Scratch Cup at the end of March. At the time of this blog, his victor has won two more matches and is now in the semi-final.

The Championship began in 1923: the greatest victory ever recorded was by J Burke of Lahinch, who won 11&10 in 1936; the greatest battle was won by W Ferguson of Malone at the 38th hole (i.e. the 20th extra hole) in 1959; and the most prolific winner is J Carr with a remarkable 13 wins.

Posted by Kevin Markham at 6:11 PM