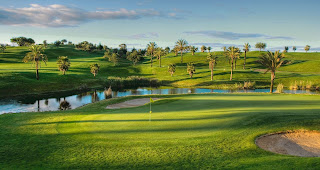 Combine all that is good in Irish golf and what you love about the game… and add some warmth and sunshine.

The original, Irish-based Social Media Open kicked off in 2013. Forty golfers turned up at Mount Juliet for the opening day of a four day amateur pairs’ event that also visited Adare, Old Head and Castlemartyr. Golf Monthly magazine was so impressed by the tournament’s idea that they sent a reporter to take part (what a hardship!).

Since then, the event has gone from strength to strength, with this year’s Social Media
Open attracting 160 golfers. The courses have also evolved and the 2017 event, in April, played at Ballybunion (both courses), Dooks and Tralee.

“The Event continues to grow and be popular each year which has been amazing,” says Tom Kennedy, the man behind the tournaments. “It has a lot to do with the courses we play. This is a big factor and we strive to continue to stage the event at excellent golf courses. We also try to provide the best value we can and with it being April, and still just before the peak golf season in Ireland, we managed to get some good deals down the years.” 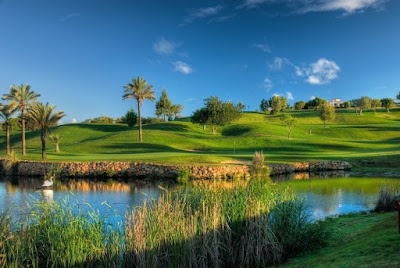 “We are always looking at new events, which is why we went to Scotland last October and will return in July. In choosing Portugal we were looking at somewhere we could play later or towards the end of the golf season but still somewhere with decent weather for the time of year. Having played in Portugal in January I can attest to the weather definitely being great for golf! We are targeting 40 golfers (20 teams) and we will go from there. So far so good on team entries and hopefully we will have more than our target come November.”

Such events – and their popularity – show a passionate interest by amateurs for that competitive, fun-fuelled environment, both at home and abroad. And for the Social Media events the popularity is evident by the levels of repeat business.

“We have a large contingent of golfers from all over who usually pre-book straight after the Event itself for the following year," Tom explains. "And that’s before we have even chosen the following year’s dates and venues. For example, we had approximately half the field this year who played in 2016 and a lot of the others had played in previous years or in different events. We even have three golfers who have played in all five Social Media Opens.”

You’ll find all of the details about the November event in Portugal on the flyer below.

Tournament Partners for November are Golfbreaks.ie, Druids of Ireland by LJ Golf and Bespoke Clubhouse Media & Management with more in the works.

You can book for three or four nights (or longer if you wish) and the Pestana Resort (Pestana Dom Joao II Hotel in Alvor) will be your home from home while you’re here. Packages are inclusive of golf and B&B accommodation. Flights are not included.

The golf plays over three courses – optional practice rounds can be arranged for those on the four night package – which are: Pestana Silves Golf Course, Pestana Gramacho Golf Course, and Pestana Vila Sol. And after your round, there are few better ways to relax than on a balcony/terrace overlooking the golf course with a bunch of mates and a bunch of beers.

FYI – I have only played the Vila Sol course and, of the five courses I played during my week in the Algarve, it is the course I elected to go back to on the final day. I hope that says something about the quality of the courses on offer for this event.

Be sure to check out www.tomkennedygolf.com