The Open Championship... and Paul Dunne 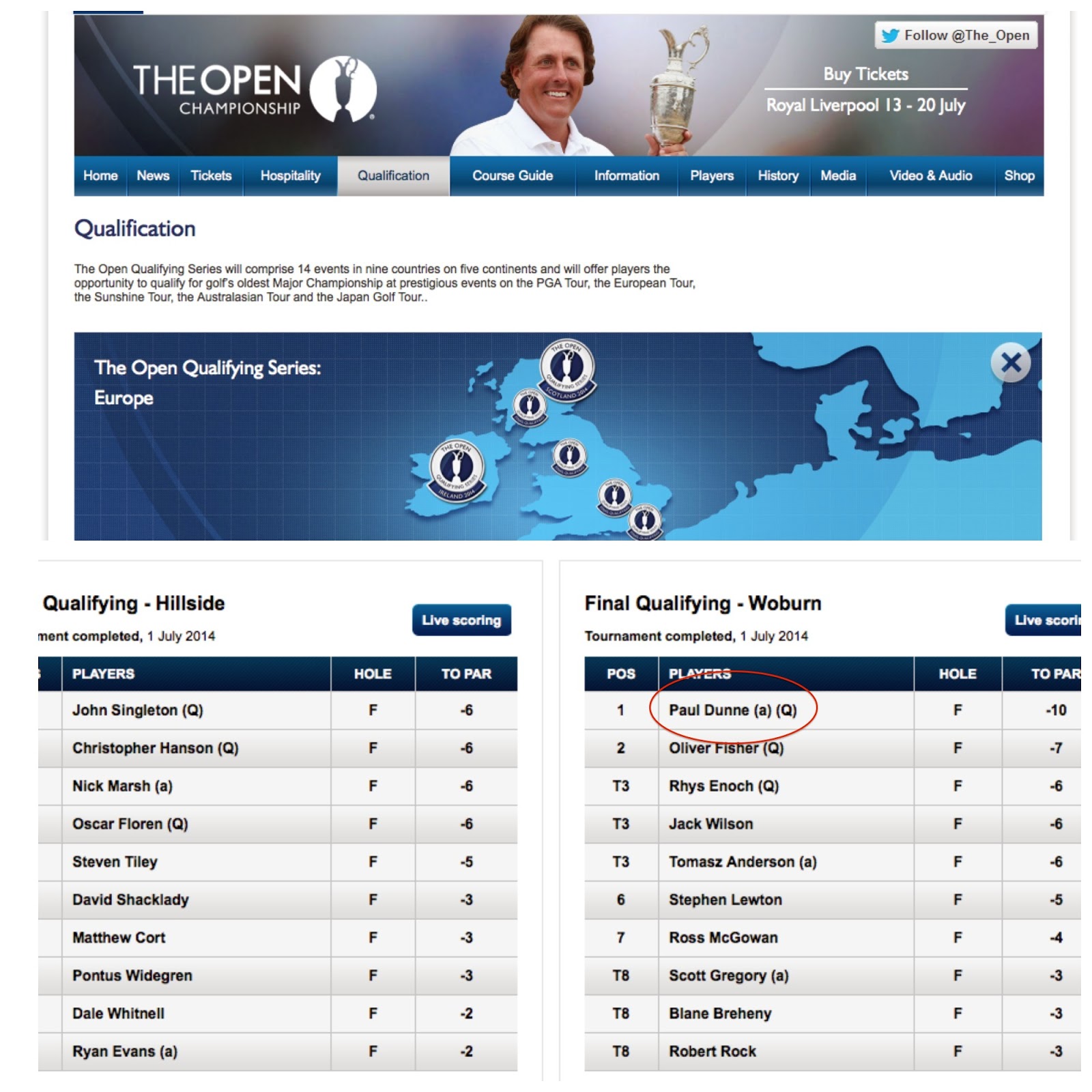 What a great day for Irish golf and for Greystones Golf Club in particular. Those of us at the club have known for some time that Paul Dunne is a rising golfing star. He made an impact as a teenager, he made an impact as a student at the University of Alabama, and last year he won the East of Ireland Championship. This year he came second. He was also part of the victorious Palmer Cup team which beat the United States last week.

But that all pales against his victory yesterday at Woburn Golf Club (review here). His two-round, 10 under score was three shots better than his nearest rival... Oliver Fisher... and seven shots better than Robert Rock.


What does this mean for the 21 year old? It means he'll be teeing it up at Royal Liverpool in a couple of weeks' time to play The Open Championship. It's an amazing feat ... especially when you consider he arrived at the tee on day one with barely a minute to spare. Shades of Rory McIlroy in the Ryder Cup. Let's hope that's a good omen.