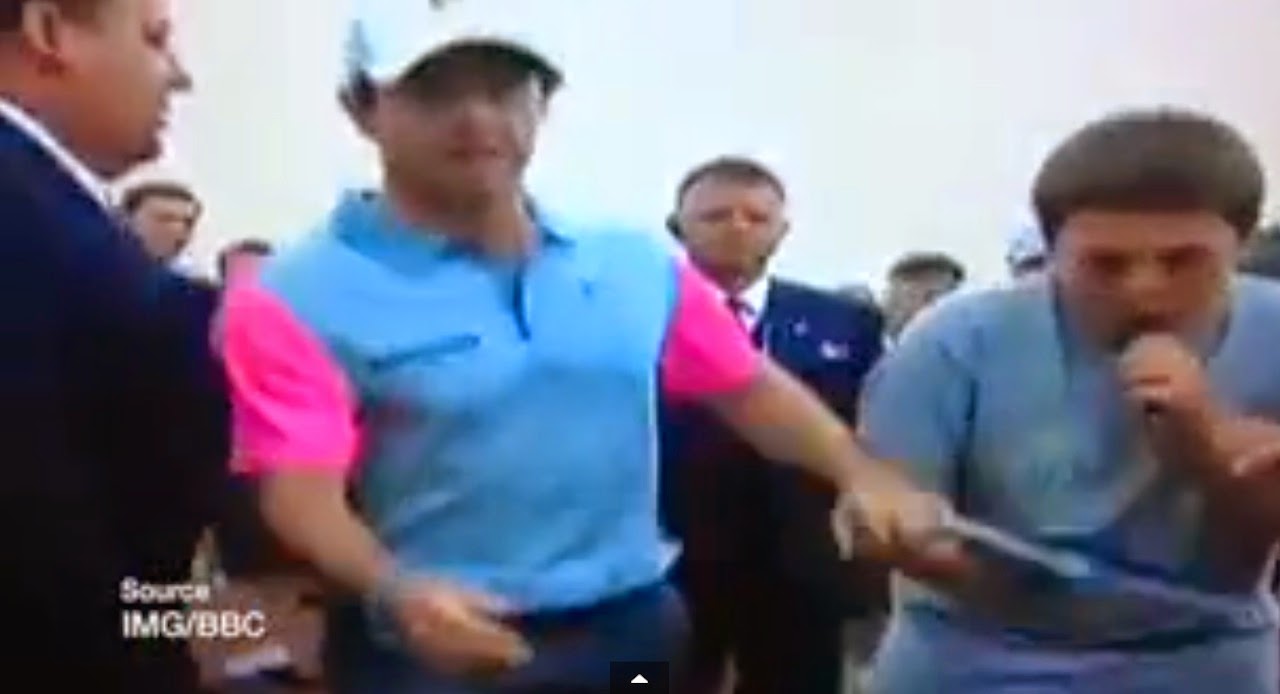 Oh, the media love to turn mole hills into mountains. And these days the 'Public' get hysterical over a burnt slice of toast.

For those of you anti-Rory-ites who think the snubbed autograph was a travesty, here are five things to consider...


1. Rory had sunk the winning putt... but he hadn't officially won the Claret Jug. No, he had to check and sign his card in a designated location before he could be crowned Champion Golfer.

2. The rules state that he may not sign autographs until he has signed his card. Golf, above all other sports, is controlled by its rules, as so many golfers have discovered to their cost.

3. He had just won the biggest, oldest and greatest event in golf. Could he not be allowed to revel in the moment as he went to finish off proceedings, without being accosted?

4. Why was the 'child' (as the media are calling this lad) allowed anywhere near him. The tournament was still live.

5. And finally, why do the Public believe that every celebrity, every sports star is Public property? Rory McIlroy is a professional golfer. That's how he makes his living. He's not there for our entertainment, although he entertains us whenever he's on the golf course. We don't own him, we don't have a right to cough during his downswing, we can't just walk up to him when he's won his 3rd Major and expect him to abide by our wishes.

And for all those asses on Twitter who got so indignant, I'll be cynical... what's to say that if that kid got Rory's autograph it wouldn't be on eBay the next day as 'Rory's 1st autograph as Open Champion'... bidding starts at £500.