These are tough times for everybody, and well we know it. There’s no point running through the litany of job losses, insurance hikes and increased taxes… because we’re living them day-to-day. And golf clubs are suffering too.

As an Irish golf blogger, I was disappointed the other day to discover that the GUI has not yet updated its membership figures for 2010, let alone 2011. The 2009 figure (144,613) on their website indicates a small drop on the previous year (148,067), whereas we all know that it has dropped substantially since then. Look at your own club and you’ll know that people have taken sabbaticals, negotiated (or been offered) an instalment plan or simply left the club. It’s not hard to see the logic of taking your annual sub and spending it at clubs around the country. In fact, you’d probably save money.

And it’s not hard to see why entrance fees have dropped so markedly or been done away with altogether as clubs clamour for new members. 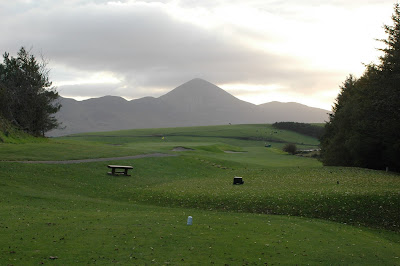 It’s good to see some concerted efforts to tackle the problem, and clubs are being proactive as they explore new and better ways to promote their most valuable assets: their course and, where applicable, their clubhouse.

In Connacht, home to some truly world class courses, they’re running a conference at the end of January, which is attempting to explore new marketing avenues, as well as further uniting the 41 clubs in the province under the Ireland West Golf Clubs Association umbrella. The focus is, undoubtedly, on stimulating a call to action for the province’s parkland golf courses, but links courses will be in attendance too. 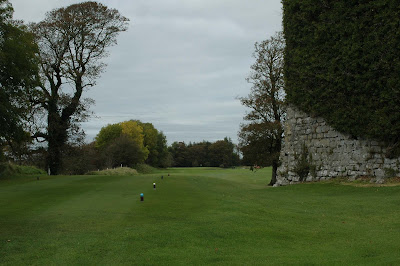 There are strong reasons for this parkland focus: parkland courses are the forgotten entity in the world of Irish golf marketing. Failte Ireland advertising has concentrated on links golf and premier resort parklands (Mount Juliet, etc.) for a long time. There’s nothing wrong with this – we have some of the best links on the planet, and anyone who know me or has my book on Irish golf courses knows that I’m utterly devoted to Carne, Enniscrone, Rosses Point and Strandhill (which are already well served by the North and West Coast Links organisation) – but there are other, bigger audiences far closer to home that deserve our marketing attention. Failte Ireland already knows this and will, hopefully, be doing more about it in the near future.

And who is this audience? Great Britain. 66% of our golf visitors come from across the water, and most of them want accessible parkland golf and good value. That is something Irish Golf has plenty of.

An added bonus came when Ryanair recently announced four new European routes to Knock Airport (www.irelandwestairport.com), starting in April 2012. True, they’re not to Great Britain, but it raises the prominence of the region and European golfers are a big audience for Irish golf, too.

With GB acknowledged as a core market, it is invaluable that airlines fly to Knock from nine GB locations (Birmingham, Bristol, East Midlands, Edinburgh, Liverpool, London (Gatwick, Stansted and Luton) and Manchester). Promotional opportunities abound: airports and airlines produce magazines and offer advertising space on websites, while airports themselves offer an opportunity for promotional activity. 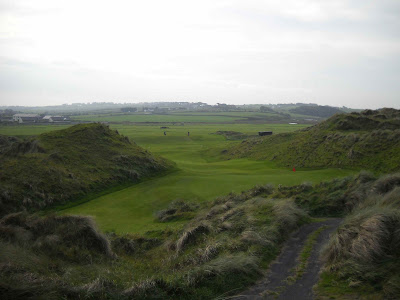 There’s also Shannon Airport, but generating publicity about the Connacht golf offering will be key (and free)… perhaps that’s where Rory can kick things off.

“We can use Rory’s feats in Connacht as marketing leverage,” says Paul O’Neill, Marketing Manager at Westport Golf Club. As well as being behind the driving force behind the conference, Paul is also involved in the re-introduction of the Parklands West Golf Passport – which allows the golfer to play Ballinrobe, Castlebar and Westport on the one ticket. Will it have photos of Rory on the passport, I wonder! “Rory has become a superstar for Irish golf tourism, and we have our own story to tell.”

Ireland is being sold strongly at the moment: a new January TV advertising campaign by Tourism Ireland has been launched in GB and Europe, with one of the ads focusing on a Connemara pub; Bord Failte are looking to create and promote the ‘Wild Atlantic Drive’ to rival the best scenic drives in the world; and 2013 is the year of ‘The Gathering’. This puts Connacht and Connacht golf in as strong a position as ever. There is increased optimism in the Irish tourism industry, too. Now it’s up to the Ireland West Golf Clubs Association to figure out how to take full advantage. 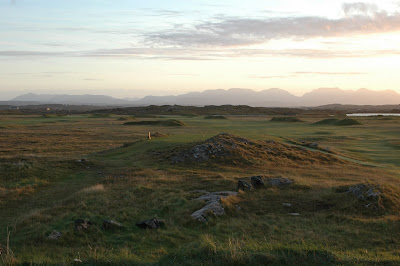 [Photo: Connemara's 7th hole with endless mountains beyond - something to enjoy on the Wild Atlantic Drive.]

This is the focus of the Connacht Golf Industry Conference, which will be held in the Knockranny House Hotel on January 29th.

There will also be a trade show from 2pm onwards, which is open to anyone who wants to drop by and sample the latest equipment and gadgets, or find out what the province’s clubs have to offer.

As Paul puts it:

“The Ireland West Golf Clubs Association will build a marketing strategy that will show off the magnificent product that is currently available on the West Coast. Not only will the voluntary body be up and running to take advantage of the new "Wild Atlantic Drive" concept but it will also make it easier and more affordable for local clubs to have a presence at trade shows and major golf tournaments, working in partnership with Failte Ireland.”

Posted by Kevin Markham at 4:26 PM