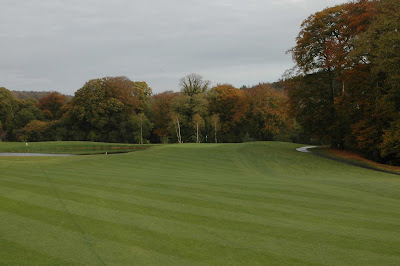 [Photo: Approach to Bunclody's par four 2nd. Plans to build houses here have evaporated somewhat, but the course is superb]

The writing on the wall started in early 2008, when some of the hotly anticipated golf course developments began to falter. Padraig Harrington’s Marlbrook, Retief Goosen’s Carrig Glas, Ernie Els’ Kilmore Quay were just a few.

In the Celtic Tiger years the new style and raison d’etre of many golf courses was no longer golf… it was to add sex appeal to a property development. Houses, not golf, were centre stage and names like Harrington and Goosen were being spread about like honey for the bees. And we were the bees being sucked in. In the boom times, people found this irresistible.

So, when the property market went belly-up, thanks to our bankers and our government (with an honourable mention to the world economy), these courses were the first to die a painful and public death.

Then it came down to clock-watching because surely some of Ireland’s new courses would flounder as well. Of the little economics that I recall from my college days, I remember that supply vs. demand is at the heart of survival. At the start of 2010 there were 352 eighteen hole golf courses in Ireland. That is an increase of 139 courses (or 65%) since 1990. The number of people playing the game also increased over the period, by close to 100%. 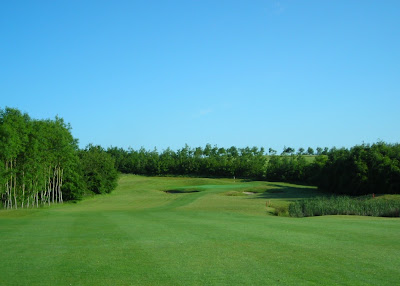 But at the end of 2007, there was a parting of the ways. While the number of courses continued to rise, the numbers playing golf began to fall. 8,000 golfers dropped off the membership in 2008, and 2009 saw a further decline. The number for 2010 has not yet been compiled. With this shift in demand, somewhere a club had to break. 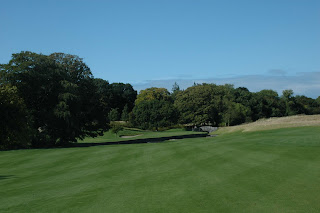 Luttrellstown led the pack but survived at the last moment, becoming a pay-and-play course from the start of 2010. As one of Dublin’s best parkland tracks it has been doing very well since this repositioning. Elsewhere, there was a wave of receiverships, banks withdrawing loan facilities or cash simply drying up. Tulfarris, Citywest, Beaufort, Moyvalley, New Forest, Knockanally, Macreddin, Kilkea Castle and Turvey had their troubles. Sadly, but not surprisingly, rumours started about other courses like Rathcore, Farnham Castle, Killeen Castle and Galway Bay, simply because they were new, were closed for upgrading, or because someone heard it from a friend of a friend of a friend. Rathcore is one of my favourites and in the next edition of Hooked I have added four words to my review: ‘best value in Ireland’. It is not, I have been assured by Rathcore’s Austin Lyons, in any trouble. 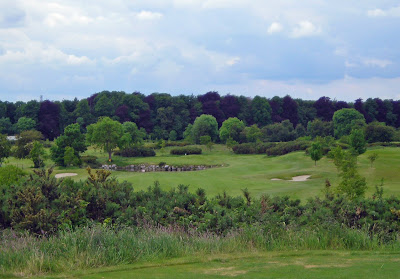 Then the courses in receivership started to operate like hotels in similar circumstances: undercutting their rivals with cheap rates to attract the punters. Some posters on boards.ie had a dig at Tulfarris, saying it was terrible that people were visiting the club at the expense of others. I agree and disagree. By keeping a course open it keeps people employed and keeps paid up members happy. Surely that’s a good thing… or is it?

The trouble is that when courses like Tulfarris get ‘propped up’ by the receiver, it is to make as much cash as possible to pay off creditors. This is harsh on nearby courses who are using a traditional business model of a members club, and simply can’t justify dropping their green fees to the same levels – especially when green fees across Ireland have already dropped by over 50% in places. Tulfarris is a beautiful course in a stunning location and it would be a shame to lose it. But now it comes down to the receivers, and the number of green fee-paying golfers who want to pay €30.

The Changing Face of Golf

Of course, clubs running out of, or owing, money is only one factor in the evolving golfing market. There are golfers who simply can’t afford to play any more, while other golfers have realised that the fall in green fees and the highly resistant annual subs make going it alone a viable and attractive proposition. Why pay the annual sub for 30 to 40 rounds of golf at the same course when you could take that money (which doesn’t have to be paid as a lump sum) and spread it around different courses, all of which are offering excellent value for money? You can get out on good courses for €20 to €30 these days, or you can splash out for €60. I know someone will argue that giving up GUI membership means giving up an official handicap (and competition entry rights) and that getting on to a golf course at weekends is difficult… but let’s not forget how eager many courses are for green fees and how many golfers will go out and play when the smallest opportunity presents itself (or when a mate is paying). 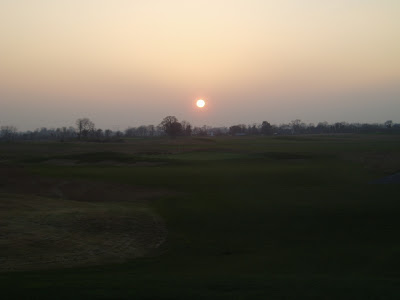 There is a flip side to this too: some courses are now reducing or waiving their joining/entrance fee, in order to attract members. And it is working. Gone are the €75,000s and €40,000s… now if you want to pay the annual sub you’re usually welcomed with open arms at the middle and lower tier clubs.

Despite some of these positive moves by clubs, things have finally come to a head, and January sees the start of the closures. At least two courses have closed (possibly three) and, sadly, one of them is a favourite of mine. Limerick County had a lot going for it… but not enough money. It may re-open under new management and I hope that it does, because it has more adventure than any of its neighbours. 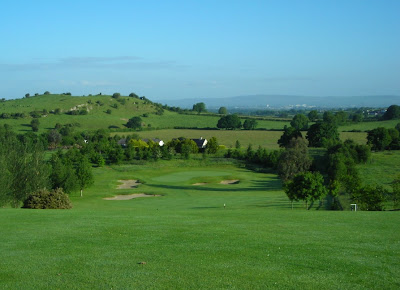 Turvey, in north Dublin, also closed. If you turn up for a round you’ll encounter security guards. It’s a shame. When I played it in 2008, they were working on one of the holes – an investment that will never be realised. At least members have plenty of alternative clubs to choose from, with Beaverstown, Balcarrick, Donabate, The Island and Corballis all nearby.

Is this the beginning of the end? Of course not. There are too many stalwarts striding the fairways for the game to be damaged irrevocably, and while some more courses will have to go, hundreds will remain. As long as these clubs learn to adapt to the changing times we now face, golf will remain strong in Ireland. 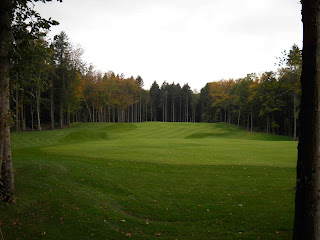 [Photo: Approach to Lough Erne's par four 2nd - the last of the BIG courses to be built on the island]

After all of that, I will add that Rathfarnham – a 14 hole golf course – is currently looking for a General Manager.

Posted by Kevin Markham at 8:51 PM