Irish Golf Courses: Inside The Ropes at Greystones

An Inside The Ropes visit to Greystones Golf Club (par 69) on Friday was fraught with danger – from my perspective anyway. This is my home club so the stakes were high. And speaking of steaks, there’s no catering at all on a Friday at Greystones… there simply isn’t enough demand. When I booked the tee time online on Monday, there were a few lines taken in the morning and then my tee time at 1.50pm. That was it. At €25 you’d think societies would be snapping up Friday afternoon slots, and with the sunshine we enjoyed I expected to see more people turning up at the last minute. It wasn't to be. We saw two other lots of golfers during the entire round. 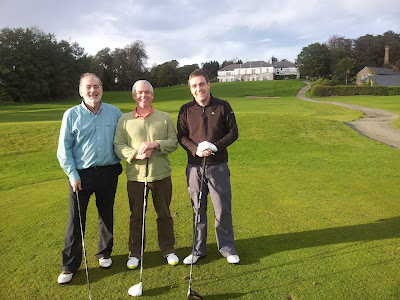 Q. In a couple of sentences how would you describe the course?
Robin: Interesting – particularly the front 9. Well maintained and in good condition.
Francis: Short holes made more difficult by tight fairways. Overall, a challenging course where course management is a must.
Aaron: Very mature, well maintained course. A course of two 9s – a very different look and feel to the front and back 9.

To put it simply, the front 9 plays around and over the gorse-drenched Jones’s Hill, while the back 9 is tighter, and moves back and forth between big trees on mostly level terrain. It always causes visitors to ask if it was originally 9 holes (the walk to the 10th doesn’t help in that regard), but the answer is no, with the club dating back to 1895. Typically, people prefer one nine over the other, and these three were pretty adamant as to their preference. 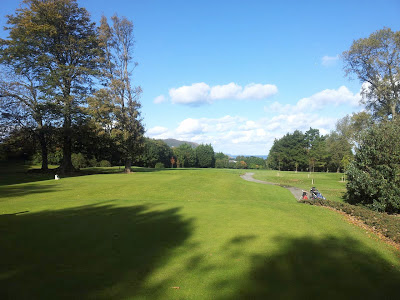 Q. What are the course’s best features? What really stood out for you?
Robin: Liked the holes on the front 9. Attractive holes with great views along the coast.
Francis: The front 9 have spectacular views out to Irish Sean and back to the Wicklow Mountains. We could see all the way to Howth.
Aaron: Best feature for me was the front 9. Short holes but nothing straightforward – and some interesting holes with great scenery.

Anyone who drives the ball long will be in trouble on the front 9 if they think they can defeat it with brute force – holes 4 to 8 simply don’t need that kind of approach – and yet there is more chance of escape if you’re off-target. The back 9 requires more length AND more accuracy off the tee. Francis found himself in plenty of trees on the back 9, while a wayward drive off the 8th ended up on the 9th fairway, allowing him to fire at the green where he rolled in a nice 20 footer for birdie. 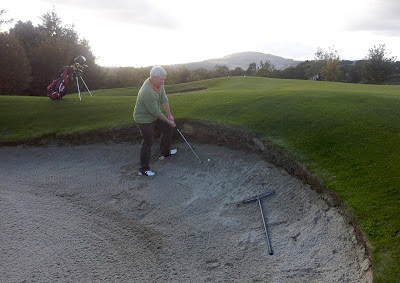 Q. Are there any negatives – either on or off the course? If so, what are they and how would you suggest they’re fixed?
Robin: Difficult to follow course layout and signposts to course were poor.
Francis: Signage to next hole was an issue on some holes. Long walk from 9 to 10. It’s a pity that the 18th does not finish at the clubhouse.
Aaron: Teeing off on 18, you can’t help but look up at the clubhouse and wish they had 18th green in front of it.

Signposts to the club and signposts directing you on the course are not the best. From the 9th green I told the guys to find their way to the 10th, which they did after a couple of minor hiccups – you have to go around the side of the clubhouse. Elsewhere, the guys would never have found the 15th tee if I hadn’t showed them. Small things like that can prove highly frustrating at a club you don’t know. 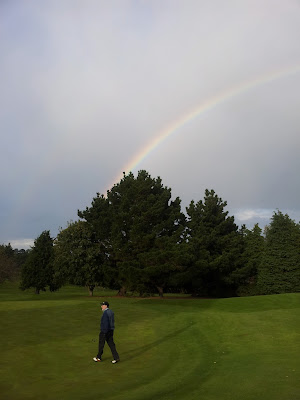 Q. How did you find the shot-making – did you find the shots you were playing interesting – did you have to think about them? Highly varied, or were only a few clubs used all the time?
Robin: I usually stick to the same clubs where possible, but had to think outside the box on some holes.
Francis: You had to think about your drive on a good few holes, due to doglegs and tree lines… so I used 3 and 5 wood as well as Driver off the tee, which would not usually happen.
Aaron: Front 9 forces you to be sensible with club selection so there’s no real need for the Driver. Overall, the course is on the short side. A lot of second shots were played with clubs one or two less than my usual golfing haunts.

Over the first few holes, Francis sank a few long range putts while Aaron lipped out for pars just as often. Perhaps it was going to be one of those days – we’ve all had them – but then he arrived at the par three 11th which is 160 metres. He’d (net) birdied the 10th - Index 2, I might add - so he had the honour. He didn’t pay much attention to the tee box marker and decided to hit a nine iron… landing 40 yards short. His next shot was a sweet wedge that arched onto the green, smacked the flag and dropped for a full-on birdie. After that he didn’t have any problems with his putting. 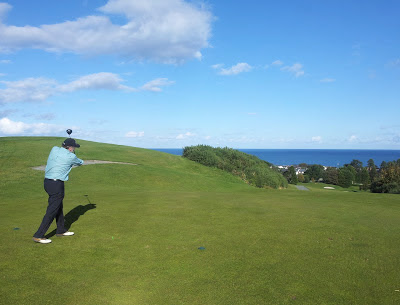 [Photo: Robin tees off on the par four 8th]

Q. How easy/difficult did you find it to play the course? Off your handicap did you feel it was manageable?
Robin: Front 9 are difficult, back 9 are easier. It was manageable for my handicap (24).
Francis: I made such a mess of so many short shots I was more a 28 handicapper than a 14. But if you drive reasonably well you should play to your handicap.
Aaron: Found the course on the easy side, but only because I followed Kevin’s club selections. Very manageable if you play sensibly.

Robin, who has just returned to golf after a good few years, was quietly slotting in a handful of pars – the 7th most impressively – off his 24 handicap. It emphasised that big driving is not needed around here and he proved the point (one, I have never managed to learn after almost 40 years of playing here) that the back 9 is a lot easier if you play sensible, straight golf.

Q. What is your favourite hole? Why?
Robin: 7th hole. Interesting landscaping and views from green.
Francis: 7th hole. Spectacular views and a good hole for the second shot. And I parred it which is always nice.
Aaron: 10th – because I birdied it. The 7th hole is a great hole – I’d love to play it a second time. It would have been very tough without local knowledge. 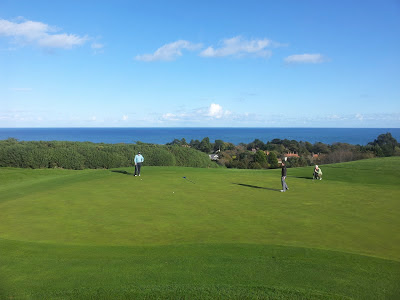 [Photo: Views over the 7th green]

Funny how people view a course, isn’t it. Even Greystones GC pick the 7th as the ‘signature’ hole, whereas it wouldn’t make my top six. The second shot up to the top of the hill, often over the rock, and then the views that spread out below you from the green are certainly impressive, but I prefer the 6th and 8th that bracket it.

Q. How easy was it to find the golf club?
Robin: OK from the main road but then missed a poorly signed turn.
Francis: Sat Nav brought me straight to it.
Aaron: Very easy to get to Greystones from Stillorgan. However, signage once in Greystones could be a lot clearer. My driver missed one turn and he’d been to the club before. 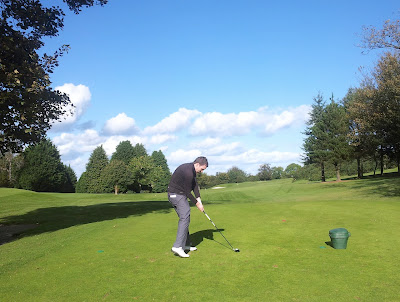 [Photo: Point of Impact for Aaron on the par four 4th]

Q. What’s the best course you have ever played, and what made it so special?
Robin: Druid’s Glen. The holes are varied with spectacular features and wonderful landscaping.
Francis: Mount Juliet: excellent facilities. Great holes and I usually play well there.

Aaron: Ballinrobe. Only played it once but I loved it. Slightly biased of course, as I’m from Mayo and it was with a group of 16 friends.

Q. You’re selling this course to a friend – sum it up in one sentence.
Robin: Nice parkland course with a split personality between front and back.
Francis: Lovely front 9 and some nice tricky holes. For €25 you have to give it a shot.
Aaron: Short, but a very interesting front 9.

[Video: Aaron hits the perfect drive on the 8th]

Posted by Kevin Markham at 7:40 AM