Do you ever feel like a complete mug… … scratch that! Do you ever feel like you’ve been mugged?
For the last while I have been saying that I’m partially in favour of seeing NAMA support the golf clubs that fall under its auspices. That said, I don’t like doing it, for two reasons:

1.     Too many other financially viable clubs are struggling and, sometimes, as a direct result of the courses propped up by NAMA.

2.     Some of these courses are entangled with hotels/resorts that should never have been built in the first place and were developed on what we might today be called ‘empty promises’... or empty wallets, certainly.

But these are good golf clubs for the most part, and golfers would be poorer for not having them. I’m thinking of Portmarnock Links (more than half the price of any other 18 hole links in the region, bar Corballis), Tulfarris and Fota Island in particular. Fota Island’s golf course was built in 1993, and, when acquired by the Fleming Group in 2004, was upgraded to a 27 hole course, with a hotel and spa added in 2006. 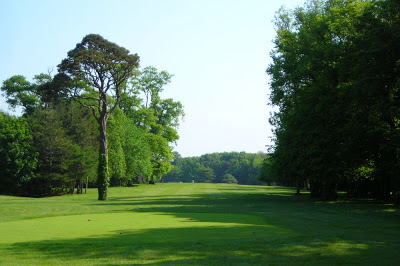 Why was I in favour of NAMA’s approach? Because their approach was to prop up these resorts and courses with the taxpayer’s money so that they would eventually be able to sell them on at a ‘profit’ when the economy recovered… thereby delivering a return to the taxpayer. I liked that argument. It made sense. Personally, at the start, I wanted NAMA to simply abandon these places – let them sink or swim – but that would actually cost the taxpayer more. No, I decided, keep them afloat and sell ‘em on.
So how stupid do I feel now that NAMA have put Fota Island up for sale. The numbers look like this: NAMA took on the resort covering the €40 million debt of the Fleming Group (which invested some €90 million to develop it in the first place). Since then the resort has been trading successfully, delivering a profit in 2012 of €1.3 million on turnover of almost €12 million… and yet NAMA’s asking price for the place is a mere €20 million. Surely this flies in the face of the very logic they were driven by! OK, so €20 mill is hardly pocket money, but when we owe billions it sure as hell feels like it. 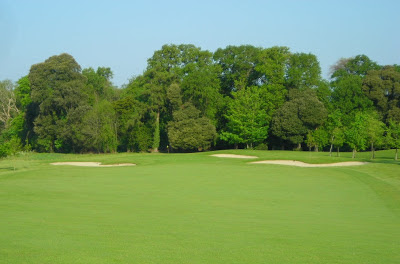 [Photo: Approach to the 4th]

Adding insult to injury, the Irish consortium bidding on Fota has declared it can sell the resort on in seven years’ time for – wait for it – €40 million. Not only that, but the investors will reap a tax-free return on the capital gains because of a change to the law last year that was designed to boost the property market.

Here’s a viable business and NAMA, having supported it for a three years, have now decided to sell it on at a ‘loss’ even though others now see it as a gold mine. Well done NAMA – still doing what you and everyone else in the Government is so good at: not knowing your arse from your elbow.

Posted by Kevin Markham at 5:13 PM