I heard on Today FM’s Sunday Business Show that the number of American golfers visiting Ireland is up 25% this year. It sounds impressive, and it’s very good news for the 15,000 – 20,000 people directly employed in golf, but it doesn’t hide the fact that the numbers are still very low compared with the peak figures, which were up around 267,000 in the mid 2000s. Our current figure is 110,000, and it should also be pointed out that 66% of golfing tourists come from across the Irish Sea.

Even so, the value of golfing tourism to the Irish economy is valued at €140 million. Not something to be sniffed at. 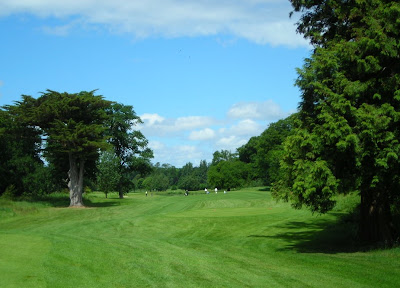 Denis Kane, of the Irish Golf Tour Operators Association (IGTOA), and formerly of Druid’s Glen, said that two to three years ago, Ireland’s green fees were on a par with green fees in the United States. This resulted in a decline in US visitors. Now, however, this parity has shifted considerably, with Irish green fees a mere third of US green fees.

A third? Hmmm. I guess that if US green fees have gone up substantially that could be true. But the premier clubs that attract the American golfer have certainly not reduced green fees by two thirds. That would imply a course charging €180 has reduced its fees to €60. Any Irish golfer can tell you that’s simply not the case.

Yes, there have always been ways to get better rates - from early bird green fees to open competitions – but the ‘rack rate’ has not fallen by that much across the board, and the premier clubs in particular have kept their rates high as they want to be seen as offering a ‘premium’ product. 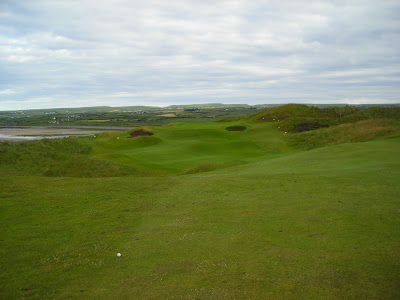 [Photo: Approach to the 7th at Lahinch]

So, while some of these courses are approaching half their 2008 price, others – namely RCD – are not! Implying that they’re a third of what they used to be – even comparatively – is a touch misleading… or maybe I misinterpreted Denis’s comments and he said that green fees were down by a third, which would be much closer to the truth.

Either way, it is most welcome to see US golfers returning to our shores. While they make up only 20-25% of our golfing tourists they are undoubtedly the most profitable.

With so many Major successes under our belt, there is an even greater reason for golfing tourists to come to our island golfing paradise. Long may it continue.