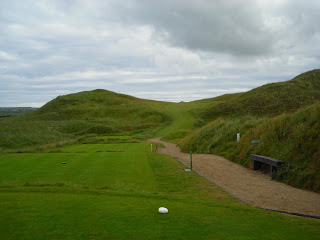 After the brilliance of the 6th at Lahinch, you stand on the 7th tee box with the sea running alongside you on your left. The dogleg 7th is a tricky proposition, even without the wind that whips in from the sea. You stand on the ocean’s edge and drive slightly inland and uphill between the dunes. The hole then curves left and heads back to the sea with bunkers and heavy undulations short of the green making it a tough approach. The hole’s easy rhythm can be found throughout the course, making Lahinch one of the west coast’s big attractions. 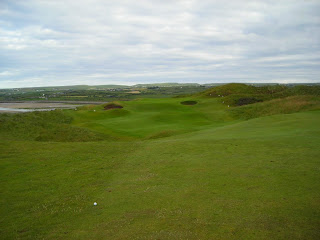 For my book I wrote up the K Club Palmer course in the old order. For and since the Ryder Cup, the two nines were reversed. So, when I listed the K Club’s par five over the black River Liffey as one of the best 7th holes in the country, the hole was actually the 16th. 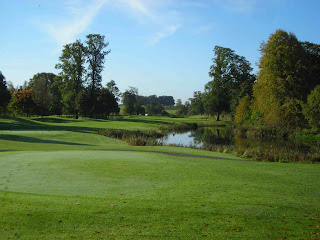 However, change the par five to a par four, and today’s 7th hole is still one of the best in the country. This was where Steve Williams dropped Tiger’s club in the water during the Ryder Cup. It is a mere 395 yards from the white tees, but the difficulty of approach over the large pond, with no room left, right or behind, makes it Index 1.

Elsewhere, the drop dead gorgeous par three at Dromoland Castle is where the course really comes to life. You hit out of deep trees towards the castle, and then watch your ball sail all the way down. 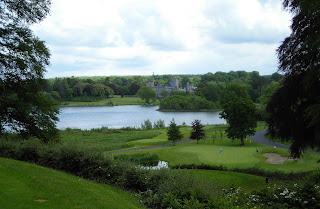 Posted by Kevin Markham at 8:31 AM