This is a first: being asked to review a piece of golf equipment. I’m not complaining – it’s a fun project. 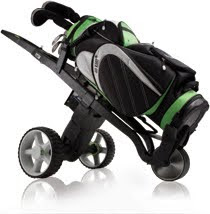 The equipment in question is the Go-Kart golf caddy. That was an immediate problem for me because I don’t use a battery-powered trolley but, I know a man who does: my dad. So I gave it to him to use for a few weeks, with the plan that I would give it a go at a later stage. Trying to get it back from him proved harder than I thought as he was rather taken with it. I did get it eventually and used it for our Captain’s Prize. I played well and regard the Go-Kart very fondly as a result.
Probably, of all the equipment we golfers buy – from clubs to clothing – the actual appeal of a trolley is low down the list of priorities. It’s about how practical it is, how easy it is to store and assemble, and how long the battery lasts. 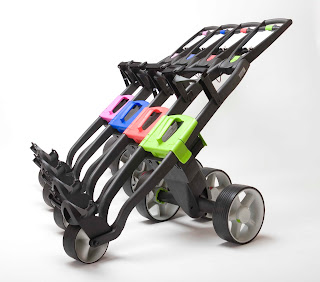 But, in this instance, the Go-Kart looks particularly good. I won’t discuss ‘sleek lines’ and its ‘aerodynamic qualities’ – this is not a car review – but it certainly caught the eye of golfers who I and my father played with. There is a complaint that it looks plastic. That's because it is plastic, which explains why it is so light. But the plastic is very hard and strong – it’s not going to crack or fall to pieces anytime soon. I guess an obvious question to ask is: how long can you expect the trolley to last? A while back I asked a general question on this subject on boards.ie, and got a wide range of answers which indicated trolleys last anything from three to ten years. How Go-Kart compares will only be determined with time.
Dad was highly impressed with the ease of assembly/storage. It takes a couple of goes to figure it out but it’s easy with practice. The battery goes in the middle of the Go-Kart and, again, it takes a few goes to figure out how it works. It snaps into place (there are no wires that need connecting) and you need to watch your fingers which can get pinched during the process. But that’s a clever idea – the no wires bit – it just makes it easier. And it helps not having to bend so far down to put the battery in place - it's another well thought out piece of design. It should also be noted that the battery is an integral part of the frame, and without it the Go-Kart can’t be assembled properly. 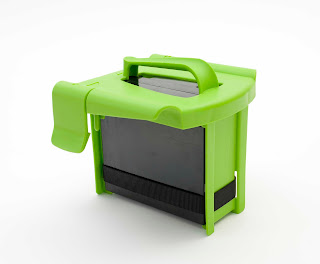 On the course, its lightweight frame makes it easy to control and turn, its wider wheel base gives it more balance (important on the front 9 at Greystones), and its speed is easy to adjust. It also has an on/off switch which means you can click it off to play a shot (thus saving power) and then switch it on and resume at the same pace you were going at previously. A nice touch which means less fiddling with the speed control dial common to many trolleys.
And should the battery fail, it is still easy (and light enough) to use as a regular push trolley.
Storage is excellent and wheels can be removed and replaced with a simple press of a button, should you feel the need to do so. 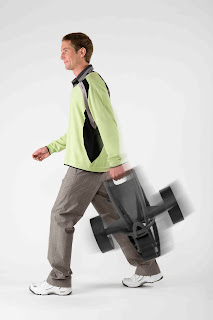 It's a great piece of kit that comes in six colours. The plastic might not have the kudos of the metal that is typical of competitor products, but it does give the Go-Kart specific advantages in terms of weight and storage. Once you get the hang of assembling it and getting the battery in place you’ll find it does everything you need it to do. It also takes batteries from some competitor models.

I liked it enough to keep it, but dad has taken it back and won’t let me near it. Price is 260 euro (295 for the version with a more powerful battery and 225 with no battery at all). Delivery is 25 euro on top.
A very useful FAQ section can be found here: http://www.gokart.ie/the-go-kart/faq/ and the feedback I’ve heard on customer service is excellent.
And if Taylormade, Titleist, Ping... want to send me some clubs for review, I'm here for you.
Posted by Kevin Markham at 11:45 AM