Your Golfing Epitaph... Golf Monthly, Macreddin and a Free FourBall 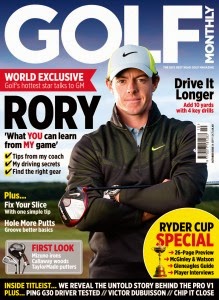 In case you haven't been paying attention, this is Ryder Cup month.

The new issue of Golf Monthly magazine is dedicated to the event, including a two page article on Ireland's Macreddin Golf Club, the only golf course in the British Isles to be designed by Paul McGinley.

I have a fourball for Macreddin (with two buggies) to give away. For your chance to win all you have to do is leave a comment below (with your email) listing your favourite golfing epitaph. Yes, a bit morbid I know, but so many great puns to be created. I've mine picked out already... 'At least it's a decent lie.'

Just think Spike Milligan's 'I told you I was ill', or the author whose tombstone read: 'At last, a plot'. You get the idea.

As for the Ryder Cup, I am knee deep in the new book by Neil Sagebiel, entitled 'Draw in the Dunes'. It's the full story behind the Ryder Cup in 1969, when Nicklaus gave Jacklin a short but tricky putt on the 18th green. It was an iconic moment in sportsmanship that resonates to this day. The book will be reviewed on this blog shortly.

But with only a little over two weeks to go to this year's jamboree, I'd like to say that Team Europe missed an opportunity. I mean, McGinley only picked five vice-captains... why not pick 11 and then each player has a 'captain' to himself... to hold their hand, give them a pep talk when they doubt themselves, help them choose which clothes to wear, wipe away the tears... because clearly the Professional golfers actually playing in the event are unable to do these things themselves.

I love the Ryder Cup, but five vice-captains is getting to the point of absurdity.

I'll pick a 'winner' of the golfing epitaph next week.