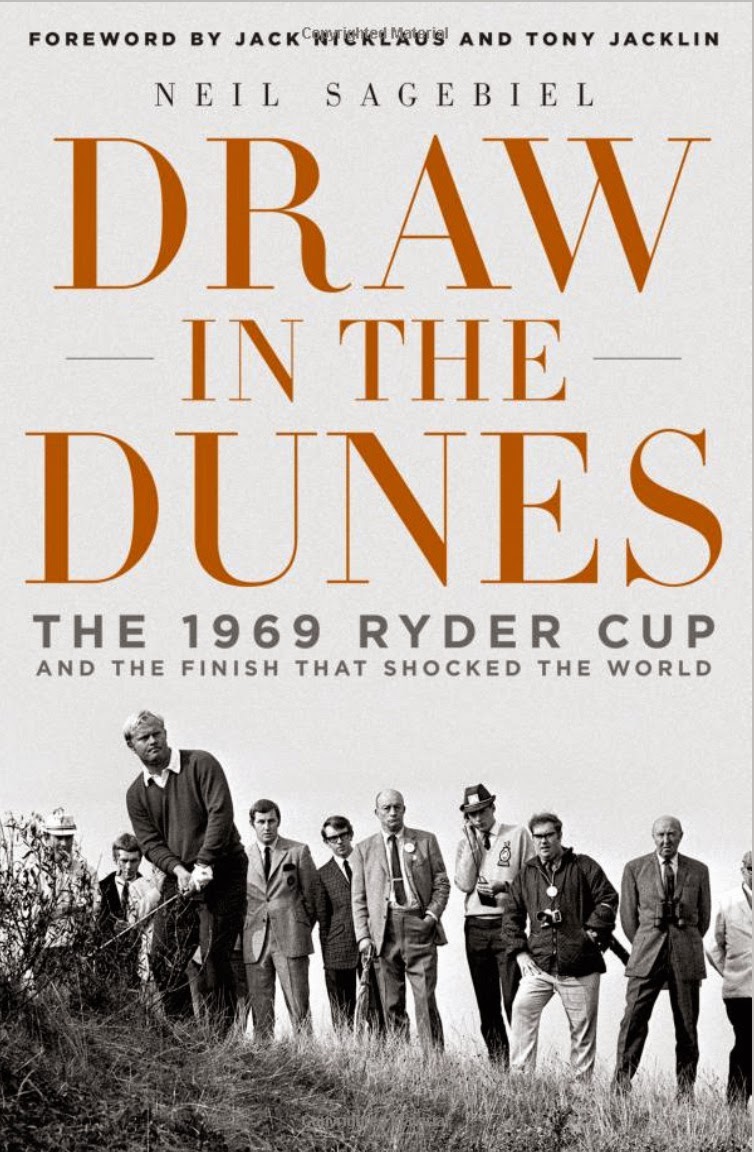 As the aftermath of this year’s Ryder Cup becomes confined to page after page of analysis, highlighting which Captain did what wrong/right, let’s reflect a little on the history of the Ryder Cup… it has become an increasingly bumpy ride over the years... but there remains one key moment in time that defines this event more than any other.

I’m talking about the famous concession – handed by Jack Nicklaus to Tony Jacklin in 1969. It was a defining moment in sportsmanship and it is one that still resonates.

The 1969 competition was passionate and intense, just like it is today, but now there’s that ‘us and them’ mentality, a sort of gunfight-at-the-OK-corral approach that affects the players and – worse – the fans. Don’t get me wrong, there are still great moments of sportsmanship (think Mickelson applauding Rose’s amazing putt on 17 at Medinah) and blood was almost spilled in 1969, but, despite that, golf in 1969 was a far more sporting and gentlemanly game than it is today – when manners and etiquette were still at the heart of the competition.

Draw in the Dunes is a new book by Neil Sagebiel (author of The Longest Shot), chronicling the events that led up to this historic moment. There is a Foreword by Nicklaus and Jacklin, and it gives a fascinating insight before you get to the story itself.

For golf fans it is a fascinating read. There is so much history in here that you probably won’t know – or at least I didn’t know. For instance, coming in to 1969, the Ryder Cup as an event was almost dead. The Americans weren’t that interested because they were winning it so easily and the American media barely covered it, even when the event was in the US. It was practically a non-event.

Sagebiel also explains how the game of golf was played in both the US (a bigger ball, far bigger money, a different style) and Great Britain and how the history of the two tours evolved. It makes golf in Great Britain sound almost insignificant. The top money earner in Great Britain/Europe didn’t win as much in a year as one American golfer won in a single event.

These were the days when Pros weren’t pampered like they are now. Even with Palmer and Nicklaus making waves in the world of American golf (the opening chapter is entitled Mutiny), such glamour was confined to the very top tier.

The story covers all of this, setting an intriguing backdrop to the 1969 Ryder Cup at Royal Birkdale. We also get the story of Nicklaus and Jacklin and their rise to prominence. Each was about to embark on their first Ryder Cup quest, and each left an indelible mark on the event, both in 1969 and long after that.

What is also fascinating is the physical affect the 1969 event had on Jack Nicklaus. For those who don’t know, before Nicklaus was known as the Golden Bear, his nickname was ‘Fats’.

The book is a great read and covers the three days of the Ryder Cup itself, in meticulous detail. Lee Trevino, Raymond Floyd, Billy Casper were all there. The American captain was Sam Snead, and, it has to be said, Sam doesn’t come out of it too well. Perhaps he expected another slaughter because he didn’t bond with his players. On the Great Britain & Ireland team were Jacklin, Bernard Gallacher, Peter Allis and ‘Himself’ – the lone Irish player. Peter Alliss didn’t play in the afternoon matches. Why? Because he was commentating on the event for the BBC.

It really was a different age but that ferocious competitiveness comes through loud and clear, and Sagebiel captures every minute of it, through his story telling and through interviews with many of the event's players.

Buy it, read it, add it to your book collection – it will give you a far better insight into the matches you’ve just been watching as well as a greater appreciation of the world's greatest ever golfer.