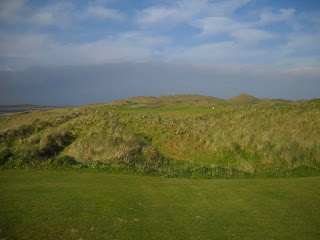 [Photo: Enniscrone's 4th hole takes you back towards the seriously big, beautiful dunes]
Hands up if you’re a competitive golfer? That’s most of us, right! Hands up if you like playing different golf courses for green fees lower than normal with the added chance of winning prizes or a place in a ‘grand’ final?

There are (at least) two such events going on at the moment. If there are any more, please let me know.

The first is Topgolfer.ie which kicked off back in March and runs until September. You can play an individual event, in the hope of qualifying for the grand final at Druid’s Glen on 1st and 2nd October, or you can play as many events as you want. There are 45 in total (a bunch have already been played) and they cross the country from Westport to Arklow and from Fota Island to Enniscrone. Add in the spice of the K Club and Dromoland and the choice is, in a word, excellent 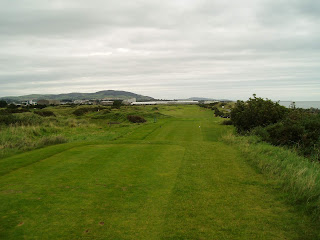 There’s an Order of Merit, too, so if you play multiple events – as many do – you can see how you’re doing against the rest of the field (and it’s another way of getting to the grand final). 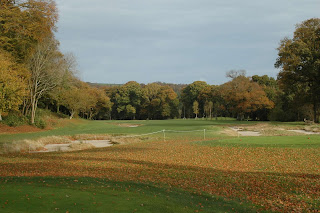 Pitched as the ‘Three Majors’, there are three events that take place over the weekends of this year’s remaining majors. You can play in each one or pick the one/s you prefer. They are:

If you’re in the top three, as well as winning prizes on the day, you qualify for the final which is held at The Heritage on Friday 9 September… win that and you’re in for a serious treat:

A two night stay for four people in the La Manga Club Hotel (two twin/double rooms), including breakfast with two rounds of golf per person and two shared buggies along with VIP access to the Spa. 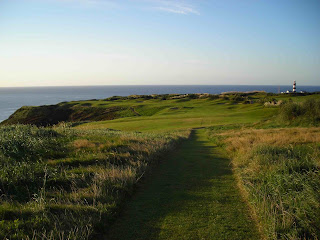 Posted by Kevin Markham at 5:34 PM