As the Masters approaches and the golf world goes wild we have all established how, when and where we’ll be watching the first and – let’s be honest – the most exciting of the four Majors.

Irish golf clubs have embraced Augusta with their own Masters magic and here are three events that you can participate in… at Esker Hills, Galway Bay and Dooks.

Esker Hills
The event started three years ago in 2015, to celebrate Shane’s first appearance in
Augusta. He missed the cut that first year, on +3, but played all four days in 2016, after a superb opening 68. He finished on +10, following further rounds of 76, 79 and 75 (including a hole in one on the 16th) for a tie of 39th. In 2017 he missed the cut again following a second round 79. He hasn’t yet qualified for the 2018 Masters but that hasn’t stopped the folks at Esker Hills, and this four day tournament is being held again and is open to all. 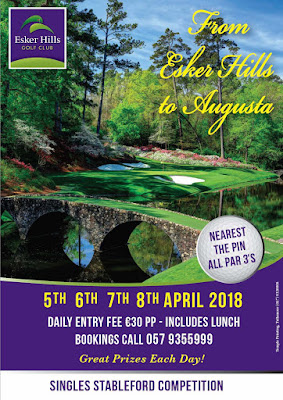 It’s a Singles Stableford format every day (5-8 April) with an entry fee of €30, including lunch. It also has nearest the pin on all the par threes.

If you’re interested in competing on one of Ireland’s most exuberant and shapely courses, call 057 9355999. I was there in 2016, in the clubhouse, when Shane made his hole-in-one. To say the place erupted is an understatement.

Galway Bay
The Galway Bay Masters Tournament takes place over the 6th, 7th and 8th April on a course of swinging fairways and glorious greens. 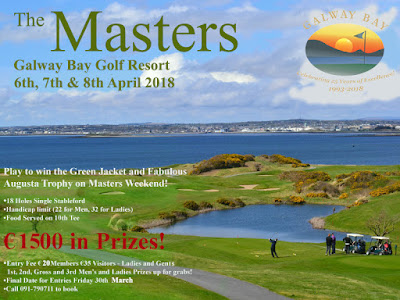 The visitor fee of €35 includes a half-time burger and drink. Winners share a very generous €1500 in prizes, including prizes for Men’s and Ladies 1st, 2nd, Gross, 3rd, Nearest Pin, Longest Drive and also best score at the club’s very own Amen Corner – which starts at the beginning of the second nine. There’s also a Green Jacket and the Superb Augusta Trophy up for grabs. 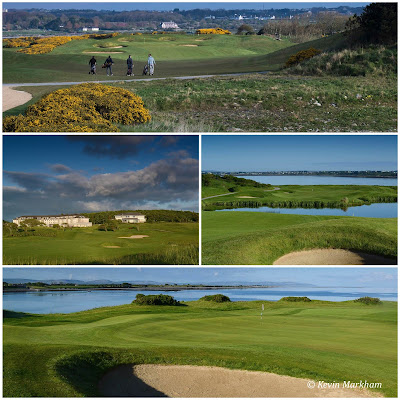 This is an 18 Hole Stableford competition – I played in it last year on a perfect Spring day and the place was buzzing! And believe me when I say that Galway Bay’s Amen Corner will test you: the 12th is one of the toughest holes you’ll play.

Dooks
Dooks introduced their series of Major events a couple of years ago, with each Friday of the four Majors playing host to an Open Singles event. With a links course this good it’s no surprise that the events are popular, especially with the Visitor entry fee at a mere €30. 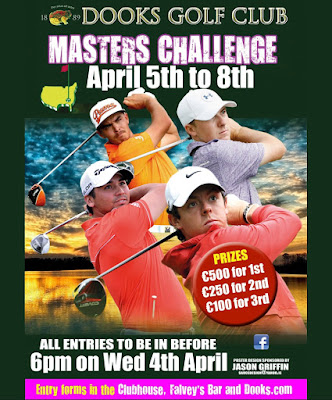 If you want to play on Friday April 6th, book here on their website.
And bring your camera – this is the most beautiful setting of any course in Ireland.

Posted by Kevin Markham at 5:32 PM