The Question of a Captain’s Courtesy

Did anyone see the TripAdvisor review of Worplesdon Golf Club, in England, left by the Captain of another club? It's a few weeks ago now and if you use TripAdvisor, more fool you as the site is so easily and frequently manipulated that you could turn up at a "4 star hotel" and find it more closely resembles a horse stable.

The Captain's letter (see the link in the Comment below) once again demonstrates how idiotic golfers can be and how we - as golfers - are all made to look like stuck-up jerks as a result.

The scenario is simple: a Captain of a south west English club decided to play three golf courses in Surrey. He makes the calls to arrange the rounds and looks for ‘courtesy’ (i.e. a freebie) of the course for himself. Of the three clubs, two grant him that courtesy… but one doesn’t. So he goes on to TripAdvisor to rant about how disgraceful this is. 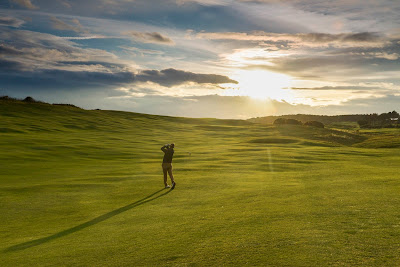 First question: what’s your immediate reaction to this?

There are generally acknowledged protocols that club Captains – Presidents, too – have access to courses on a courtesy basis in the year in which they are Captain. Sometimes, due to the workload on a Captain in his special year, that courtesy is moved to the following year… thereby allowing him/her the opportunity to take advantage. But – and this is an important ‘but’ – such a courtesy does not have to be extended. Expecting it is presumptive and plenty of clubs have their reasons for not offering such a courtesy. Imagine how many freebies a top rated course would end up providing to visiting captains. There are other considerations, too, and if you read Worplesdon’s General Manager’s well reasoned response (they are more inclined to give free rounds to charities) you’ll get the gist of the volume of ‘freebie’ requests that golf clubs can receive every year.

So the Captain is aggrieved at this perceived snub and rants on TripAdvisor about how he’s the Captain of a ‘Top 200 club’ and that the tradition of offering courtesy rounds to visiting captains must be ‘anathema to Worplesdon’. It came across as sour grapes, egotistical and childlike petulance... maybe he’s Donald Trump.

Or maybe he’s not… since he has since apologised on the site and withdrawn his comments.

Which leads to my second question: do you even know what the courtesy policy is at your club?

Posted by Kevin Markham at 7:58 PM