When Seve Ballesteros Came To Cork 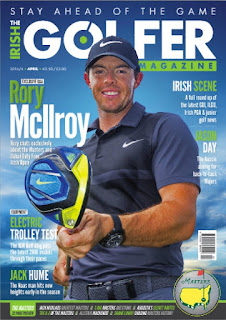 The current issue of Irish Golfer Magazine has a full review of Cork Golf Club, which includes a brief interview with Liam Higgins and his account of when Seve came to play the Alister MacKenzie designed course in 1983... the day after he had won the Irish Open.

The Carroll’s Irish Open was held at Royal Dublin. After rounds of 67, 67, 70 and 67, Seve Ballesteros prevailed by two shots over Brian Barnes. The following day, on the 15th of August, Seve was at Cork Golf Club, teeing it up with the now legendary Irish golfer, Liam Higgins. It was an exhibition match but that didn’t mean bragging rights weren’t at stake for both Seve and Liam were renowned for their length off the tee.

On that day, Liam was determined to tee off first.

“I had a word with the Starter, who was a friend of mine,” Liam says with a laugh. “I told him I wanted to go first and said I would call ‘heads’ at the coin toss.”
And heads it was.

But Liam hadn’t counted on the hundreds who had come to watch this exhibition match. They squeezed in tight along both sides of the 1st fairway.

“I didn’t want to ask them to move back,” Liam recalls of the nerves he felt. “They’d think I didn’t know what I was doing.”

They were so close he was terrified he might kill someone, but he hit a good drive and then made way for Seve.

Seve gestured at the crowds. “I’m not as good a player,” he said, “nor do I hit it straight. You better step back.”

Liam’s recollection is that Seve failed to find a fairway that day, but then Seve was never known for his accuracy with a driver. It was the rest of his game that was something special.
“In my rating – and I’ve played with Hogan, Nicklaus and Palmer – Seve was the greatest of them all,” Liam says, unequivocally. “He was the one who had shots you wouldn’t believe. Seve never saw any danger when he stood on the tee. He never thought about it because he knew he could get it onto the green from anywhere. He was such a natural competitor.”

And so it proved at Cork Golf Club. Liam was three under after five and was two up. On the par four 6th, which leads into the quarry, Liam drove over 330 yards to be through the green; Seve, meanwhile, found his drive in an impossible position against tall rocks on the left hand side. For a right hander, he had no stance, no swing… at least no regular swing.
“I saw myself going three up,” says Liam, but that was before Seve’s ingenuity kicked in. He turned his back to the green and, one-handed, he swung backwards, knocking his chip to three feet. He birdied the hole. Liam ended up bogeying it.

Shortly afterwards, on the difficult par four 8th, Liam put his approach shot well through the green and took a seven.

“I don’t what it was. I lost my concentration,” he says. “Maybe I was over-awed.” It was the turning point in the match and Liam didn’t win another hole, his 78 being trumped by Seve’s four under par 68.

The moment most treasured by the club is Seve’s drive of 332 metres on the 11th – using a persimmon driver and balata ball. The Spanish Chestnut planted in memory of the occasion continues to grow and most visitors will wander across to admire the tree and read the plaque underneath. 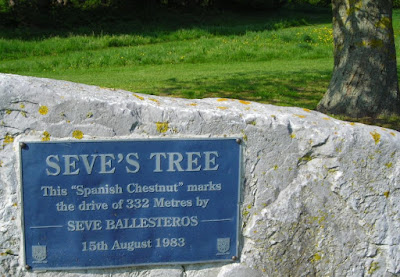 What did Seve think of Cork Golf Club?

“He said Cork was the most natural parkland he had played,” Liam recalls. “He thought it had a wonderful layout.”

This month's mag is a bumper Masters issue (hence Cork Golf Club's relevance - both Augusta and Cork were designed by MacKenzie) so catch up on golf's most exciting Major.