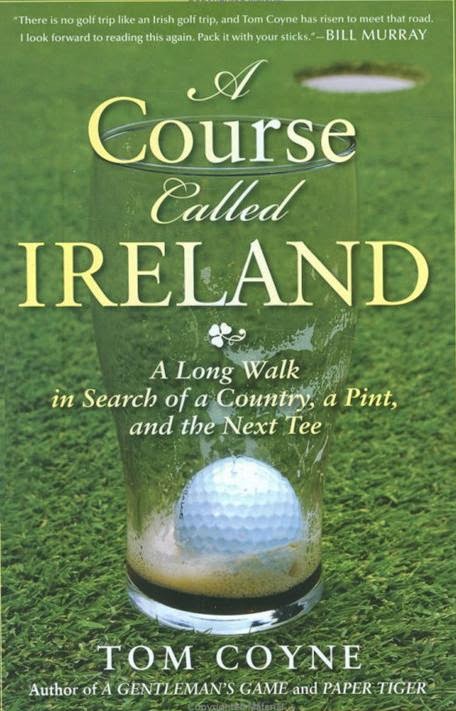 Remember Tom Coyne? The man from Philadelphia who walked around Ireland's coastline playing every links course he encountered. The story of his travels was then captured in a book, A Course Called Ireland.

Now he's back, heading for Scotland on a similar quest. He has a blog up which he started in November last year, but there are a couple of more interesting additions which were posted in January.

As I'm sure he discovered on his travels in Ireland, just when you think you know how many courses you'll be playing a few more appear. I know how he feels: when I started planning for Hooked, I had a list of 321 courses (courtesy of the GUI)... by the time I'd finished I had played 350.

Tom's original count for Scotland was 72, but that has already risen to 81. Who's to say he won't discover a few more as he's passing them! Oh, and he wants to achieve all of this in 57 days. Somehow I doubt he'll be walking Scotland's craggy shoreline and visiting its many islands to achieve this particular quest.

You can join Tom on his journey - metaphorically, at his blog coyneblog.com, or literally as he is looking for playing partners to join him on many of those 81 golf courses.

What is the title of his new book, to be published in 2016? A Course Called The Kingdom

... not sure Co. Kerry will be too pleased about that!