The Irish Open 2015... The Biggest Names, The Hottest Ticket

Not only are the tickets selling fast, but the number of high profile golfers continues to grow. With Lee Westwood, Sergio Garcia and Ernie Els now confirmed to play Royal County Down's hallowed turf, this year's Irish Open is turning into one of the most high profile ever. Who else will Rory influence? 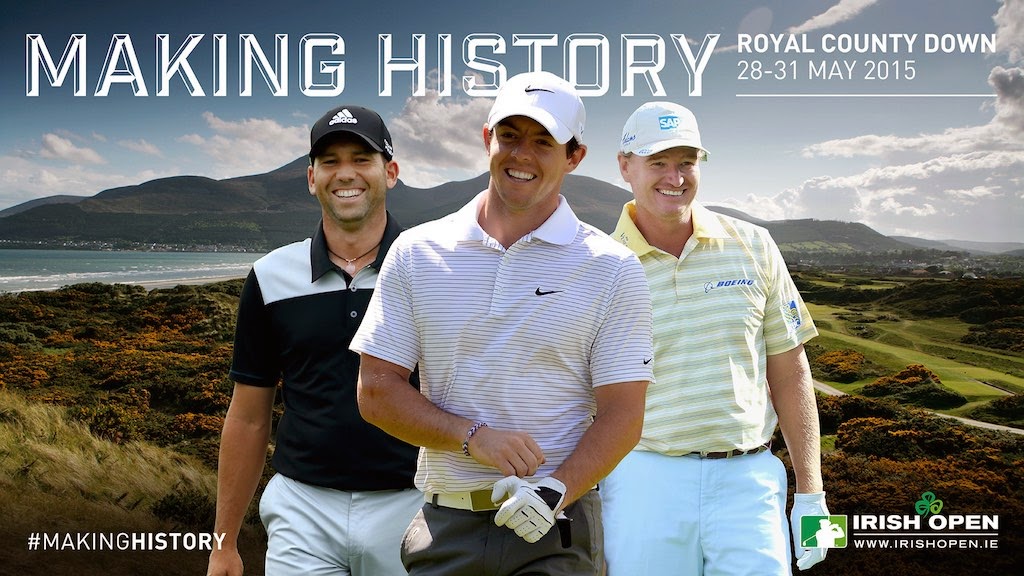 Could we see Keegan Bradley returning, how about Phil Mickelson? Wouldn't Dustin Johnson's inclusion raise the temperature. How about the entire Walker Cup team from 2007?

It's Sergio's first appearance in 15 years... and this for a golfer who won the Irish Open at Druid's Glen in 1999. It is a long overdue return.

“I cannot wait to return to a tournament which has such great memories for me,” said the Spaniard, who won four points as part of the victorious European team at The K Club.

“You could say this event is where it all began for me. I was just 19 when I won in Druids Glen in 1999, only two months after I turned professional.

“Not only am I returning to a very special event, but to a venue of which I have heard some incredible things. Royal County Down is a world-famous links and going by what Rory has been telling me, it could possibly be the best course I play this year."


“I was at Royal County Down with my dad and a friend in 1998 and remember the course well. It has such great history and is probably in my top five links courses in the world.

“I am excited to play and I think the decision to host such a prestigious national open on such a great course is the correct one.  Hopefully the weather will behave and we will have a great championship, I can’t wait.”

McIlroy, meanwhile, has been blown away by the response he is receiving from his friends in the golf world and is hopeful that more stars will follow suit in the coming months.

“When I took on the hosting of this event on behalf of my charitable foundation, I was confident I could convince a lot of great players to come and play the Irish Open this year but the response so far has exceeded all of my expectations,” said the four-time Major winner.

“To have Rickie, Sergio, Ernie, Lee, Darren and Graeme, as well as Mikko, already committed by February is incredible and I’m really proud to be involved in what is shaping up to be one of the great events of The European Tour season. Hopefully we’ll have a few more big names to add to that list in the next 100 days.”

More than 80,000 spectators are expected and tens of thousands of tickets have already been sold for the event, which is supported by Tourism Northern Ireland.

Anyone wishing to witness the action first hand can purchase tickets at www.irishopen.ie. Tickets cost between £30 and £35 per day and families will be delighted to hear that kids under the age of 16 will be admitted FREE as long as they are accompanied by an adult (up to four children are allowed with one paying adult).

For information on accommodation offers and golf in Northern Ireland, visit www.discovernorthernireland.com/irish-open-2015

And for some photos of Royal County Down, click here

Posted by Kevin Markham at 9:03 PM