The August edition of Golf World magazine had a special section devoted to the World's Top 100 golf courses. There was an interesting caveat at the end: namely that these were courses that will take a green fee... which means courses like Augusta National were not on the list.

Golf Digest Ireland will be bringing out their Top 100 Irish Courses in mid-November, so it's always interesting to provide a little groundwork, a little perspective, before that list (always up for debate) arrives on the newsagents' shelves. 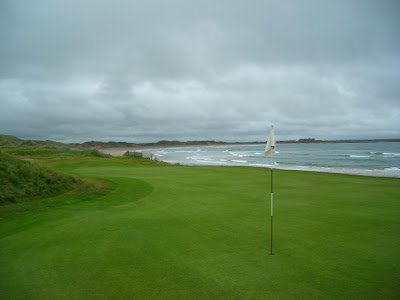 [Photo: view back to The Lodge from Doonbeg's 9th green] 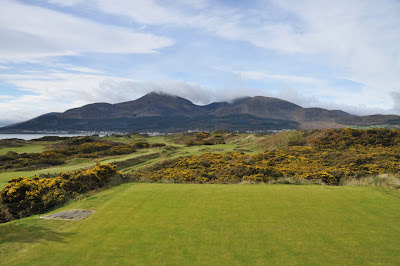 [Photo: The par three 4th at Royal County Down]

Great to see RCD still being lauded internationally, at least by our neighbours across the Irish Sea.

The list also included 22 courses from the USA, 16 from England, and 13 from Scotland.


On another subject, the magazine did three big interviews with professional golfers - the first of which was with Darren Clarke. Bear in mind that this magazine was published in the run-up to the Open Championship, so what a coincidence that the other two articles were: first, with Ernie Els - talking about how he believed he could win another Major and what he was doing differently that would allow him to achieve that goal - and, second, with Adam Scott saying he was ready to win his first.

Turns out that one of them was almost right! 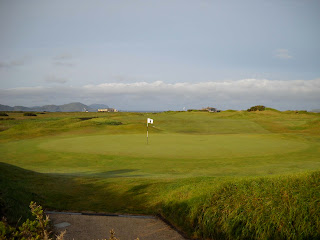 Posted by Kevin Markham at 4:39 PM