I hadn’t played Rathsallagh in five years, maybe more, yet it remains one of my favourite parklands. There is something about the trees, the elegant setting, the smooth rhythm that has to be savoured. Combine these with tough approaches, and greens that are fast with wicked slopes and it’s a thrilling but tough test of golf. 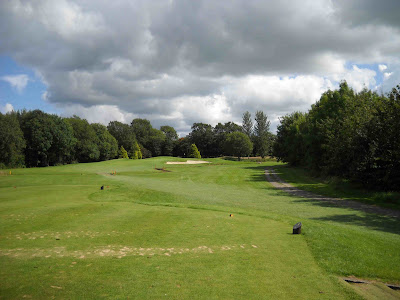 It was a Junior Scratch Cup and the weather predicted heavy rains sweeping in from the west. Not a bit of it. The round was played in glorious sunshine.

Top Golfer (topgolfer.ie) describes itself as:

‘Ireland's community for golfers with a handicap of 9 or better. We exist to bring together the most dedicated, passionate and talented players from across Ireland.’

It’s a simple and brilliant idea and its size and reputation are growing fast. Why? Because it’s free to register, it lets you know what’s on and when, it has an order of merit and it promises excellent prizes. There’s also a grand final for the winners of the numerous events around the country. If you’re already playing in a scratch competition, why on earth would you not register for this! 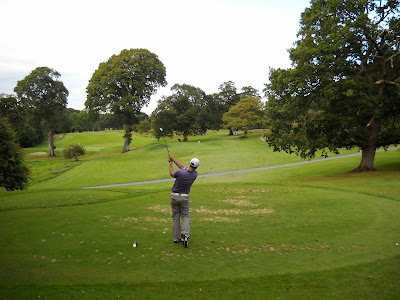 Rob, one of TopGolfer’s top men, was by the first tee greeting the players and handing out a few freebies – he has a busy weekend with Mount Wolseley on Sunday – and he spotted the shirt I was wearing: One2One British Masters. Turns out that when we were working in the UK, we worked in similar circles and knew a person or two in common. Small world… as usual.

I was playing with Tom, Seamus and Willy – all from Killerig Castle – and the golf got a bit chaotic in places. There was some good golf for sure, but Seamus played my ball on the par five 6th and had a trek to go and bring it back, on the 10th we let the group behind play through as we searched for a ball – only for one of them to play Tom’s ball out of the rough, and, on the Index 18 par three 13th, we got a true understanding of the speed of the greens and the serious slopes when Willy walked back and forth past the hole four times before holing out (I should also add that on the par three 4th, he missed a hole in one by centimetres). You need hands like velvet here. 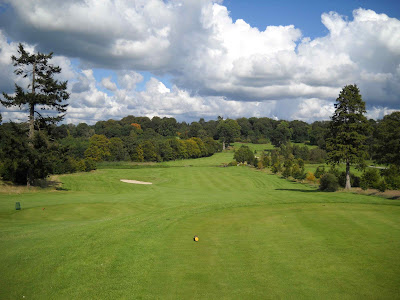 Whoever wins this event will have a sublime short game.

Perfect weather, excellent company and a superb course. True, it was a slow round, but who could ask for more for just €25.

And a quick word should be said about the country house hotel, which is the best place I have stayed in Ireland.

Posted by Kevin Markham at 8:13 AM