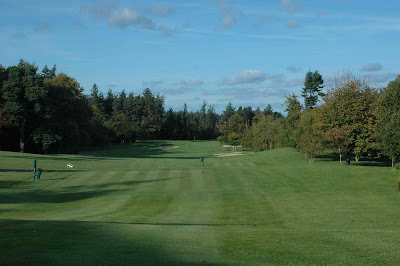 [Photo: The 1st at Druid's Glen - a lot tougher than it looks from the tee]

It is interesting that in a time of recession, when most golf clubs are looking to put together attractively cheap packages, a pricey alternative always stands out.

When I first saw the figure of €499 I was surprised. Who, in this day and age, would pay that kind of money for golf? The Dublin East Coast Alliance decided that some of us would. Aimed at the home market, as well as international golfers, the Alliance brings together nine golf courses under its umbrella – which equates to an average of €55 per course. When you consider the courses, that looks like a good price:

The K Club Palmer course still has a rack rate of over €200, while The Island hovers around the €100 mark (early bird rate), and Carton House just below that. Druid’s Glen Resort has brought its prices down significantly in recent times, and is now on the same sort of level as Powerscourt, which ranges from €50 to €80, with early bird specials also available. So, while you may not ‘save’ on some, you will certainly save on others… and as a 9-strong package that’s to be expected. Of the nine courses, four are, in a word, excellent: Druid’s Glen, The Island, K Club (Palmer) and Carton House (Montgomerie). They promise a great mix of designs and experiences, and the quality is exceptional. I’d play all of these in a heartbeat, while three of the others are also very enjoyable courses. As for the final two, well, anyone who has seen my book will know that these courses leave me underwhelmed… but, again, in a 9-strong package you’re not going to be enthralled by every single one – and I have been challenged frequently about my review for the K Club Smurfit track.

The biggest challenge I see for the Alliance is marketing the voucher. Who in Ireland, you might ask, is going to spend €499 on this? The nine courses have to be played within a calendar year; you need to play all nine to get the full value; and, more often than not, you’ll want to play with someone else who either has to pay the going rate or have their own voucher. 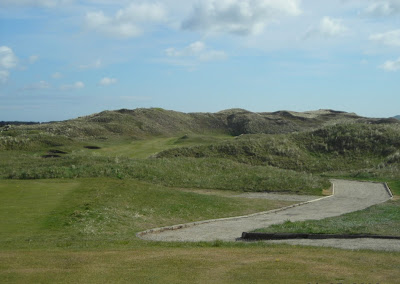 That makes things tricky for the ordinary golfer. Yes, it would be a glamorous birthday/Christmas/Father’s/Mother’s Day present, but the challenges outlined above still apply.

As for golfers abroad, it’s a tough ask to expect them to play nine golf courses on one visit… which therefore implies two visits within a year… or golfers who would deem it good value to play four courses (my ‘excellent’ picks above) that include two Irish Open courses, The Ryder Cup course and Dublin’s best links.

I like the idea of the voucher, although it will appeal to a fairly small niche of golfers with a fair few quid to spend… or will it appeal to others as well? 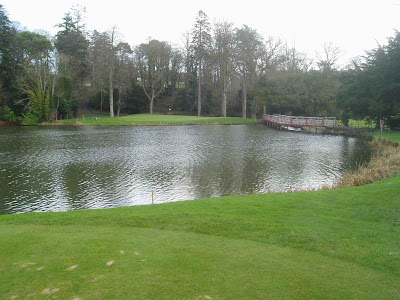 I worked in Direct Marketing for a long time. The mailpack that dropped through your letter box promising mobile phone upgrades, the online offer of cheaper hotel rates, the TV ad promising hearing aids at a 40% discount… yep, all me! The value of the incentive/gift varied hugely depending on the price of the core product or service that we wanted you to purchase. If you were paying €50 a night for a hotel for three nights, then you might get a FREE bottle of wine… note the clever use of capital letters – it’s a cunning direct marketing trick. If you’re buying a car, then a bottle of wine isn’t much of an incentive is it?

No, if you’re buying a car… an expensive car… then you’re expecting something sexier and more valuable. A FREE voucher from the Dublin East Coast Alliance is going to pique your interest. Or, if it’s a very expensive car then the company – BMW say – may contact customers and lure them in for a test drive with the promise of the voucher, absolutely FREE.

What about airlines? First Class customers pay a lot of money for their seats and if you were flying from the US and had the choice of American Airways or Aer Lingus, and Aer Lingus were offering this voucher, it might be enough to entice the traveller to forsake his/her airmiles. Not to mention the extra few quid to bring the golf clubs (or does that not apply to first class travellers). 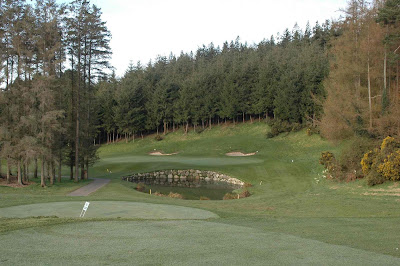 Corporate gifts. If your stockholding is worth a couple of million (don’t laugh, there are plenty of them still out there), then a ‘thank you’ from your stockbroker/private bank/investment fund, will always be well received. The same applies to companies dealing with ARFs – that’s Annual Retirement Fund to you and me.

The very nature of the Dublin East Coast Alliance voucher is upmarket (even if my use of the word ‘voucher’ isn’t) so I see it appealing very strongly to premium, expensive brands and the corporate gift market. It’s a good package and good value, but most golfers like you and me will find it hard to justify spending that much money on ourselves. If you could buy two at once and pay, say, €850, would that make it more tempting? Think about it.

The golf pass can be purchased online at www.dublingolfalliance.com or from any of the member clubs. Throw in exceptional accommodation at Carton House, the K Club and Powerscourt, not to mention the Marriott at Druid's, and it all comes together rather nicely. Who knows, maybe they'll combine golf and accommodation in one package.

Posted by Kevin Markham at 8:20 PM