Leona Maguire Finds Her Way to the K Club 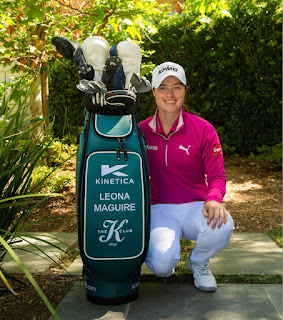 What grabs my attention is this: the K Club have made some interesting and very positive ‘statements’ since coming under new ownership in early 2020. In a short amount of time there has been a significant forward shift in momentum. A clubhouse revamp and a doubling of the greenkeeping team were initial forays and they have really made their mark*. This was followed by February’s announcement that Seamus Power was to become  the resort’s new touring professional… which saw the K Club logo on his bag for his recent big weeks in the States (and will be on his bag when he plays in this year’s Horizon Irish Open at Mount Juliet).

Now it’s the turn of Leona Maguire, as she becomes the resort’s touring professional for the LPGA. The partnership between The K Club and one of the brightest stars of the tour will see the Kildare resort support Leona through the 2022 and 2023 season. Leona will join Seamus in representing The K Club on tour around the world.

And let’s not forget that Leona is enjoying a meteoric rise through the professional ranks. 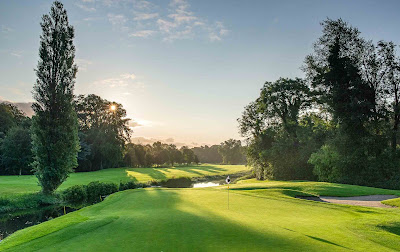 The last 12 months have seen Leona breaking plenty of records: lowest round in a Major championship; most points won by a rookie in the Solheim Cup; the first Irish player ever to be selected for the Solheim Cup team; and, most impressively, becoming the first Irish player to win on the LPGA Tour, when she won the Drive On Championship in February, 2022.

This new partnership means Leona will team up with a place she knows well.

“I'm looking forward to using the resort and its facilities more often, working on my game when I'm at home and spending time with the team there,” she said. “The work they are doing at the resort and their plans and ambition for the future when it comes to golf is very exciting.” 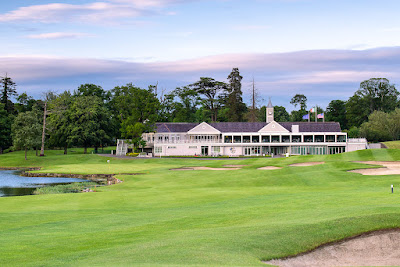 That excitement is shared by The K Club.

"We are so proud to welcome Leona to our stable of touring professionals at The K Club along with Seamus Power,” said Conor Russell, Director of Golf at The K Club. “This partnership was a very easy decision for us to make when the opportunity presented itself. Leona is Ireland's most accomplished female golf professional, she practices regularly with us on the resort and always has time for a friendly few words. We can't wait to watch what she does next on tour and will be supporting her every step of the way."

There’s little doubt that both Leona and Seamus will be making waves in the years ahead, and the K Club logo on their golf bags might even appear prominently during TV coverage of them at the various events they compete in around the world… although that comes down to the vagaries of the broadcasters involved!

The North course is currently undergoing a huge amount of work that is seeing fairways being stripped back, replaced and reseeded to ensure improved drainage, enhanced playability and immaculate presentation. The course is currently closed for two months while this work is being carried out.

* Other changes at the resort include new electric PowaKaddy trolleys and Riksha pull trolleys, as well as 50,000 TaylorMade balls for the resort’s driving ranges. A more entertaining addition is a new artificial putting green – costing €25,000 – on the ground level terrace. It measures roughly 60 x 20 feet and is very much a fun feature. Walk off 18, settle down around one of the terrace tables for some food or a beer and be sure to bring your putter.

The 550 acre estate has numerous lakes and ponds and these have been cleaned up and reshaped, flowerbeds have been introduced, vegetation has been cut back (notably on the North’s 1st to reveal the nest of standing stones known as the Five Fingers), and vistas opened up. 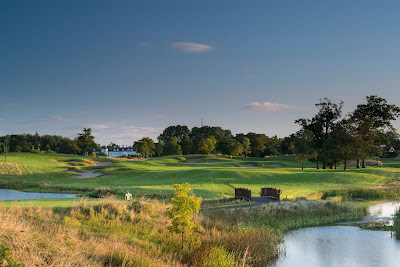 The North course has returned to its original routing, starting with the par-5 close to the driving range, and it is on this 1st hole that you will find the only design change to the two courses. The bunker in the middle of the 1st fairway has been removed to make the opening drive both more appealing and less punishing.

As well as the doubling of the greenkeeping team, the arrival of six new Jacobsen hybrid machines - including green mowers, green irons and utility vehicles – has ensured maintenance and conditioning levels are back to their very best.