Golf? Just Shake It Off

Celebrities and golf have always been interesting bed fellows. You have people like Justin Timberlake, Alice Cooper, and Catherine Zeta Jones, as well as sports stars including Michael Phelps, Gareth Bale, and Brian O'Driscoll all proclaiming their love of golf.

And then you have those on the dark side... those who have no time for the sport, its players or its play grounds. 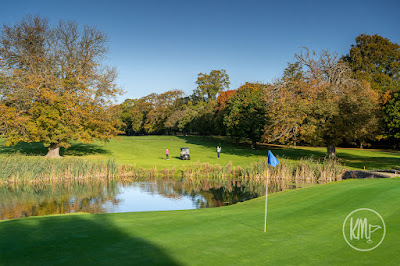 David Mitchell is an intelligent and erudite comedian, actor and writer. And he does not like golf. His recent column in the Guardian makes that clear, even if the column feels rushed and lacking direction. In fairness, his dislike is more a mild disdain - something many non-golfers feel about a sport that makes no sense to them - and you feel you could sit down with David over a nice hot cup of cocoa and talk some sense into him. It is a conversation I've had before with those from the dark side.

Not so with other naysayers.

If you want to know how a lot of people feel about golf and golfers, I recommend you watch Hannah Gadsby's 'Douglas' show on Netflix... but bring the swear jar and plenty of soft items you can throw at the screen. You'll need them after you hear what she has to say about us. In a way, I don't disagree: there are still plenty of golf clubs full of the type of people Gadsby despises.

Posted by Kevin Markham at 5:05 PM