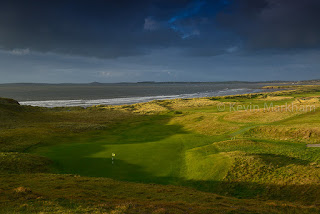 Golf Turns the Page
That gentle scrape of paper on paper is a sound that drifts back to childhood, be it a book or a magazine or even an encyclopaedia… not that you’ll find many of those on bookshelves anymore.
Despite the onset of the Internet and the cut and thrust of social media there’s still nothing quite like picking up a magazine and poring over it at your leisure. Traditional golf magazines may be struggling but that hasn’t stopped some entrepreneurial golfers and publishers targeting niche markets where
they believe they can bring something new to the table. 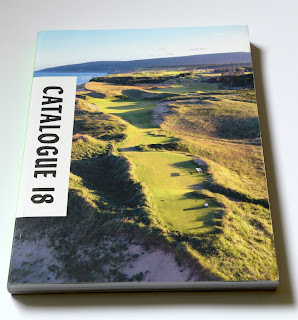 A picture is worth a thousand words, they say, and, if that is the case, then Guy Nicholson’s brainchild is a production to rival War and Peace. Nicholson is Canadian, and he has worked in media for 25 years – most recently at Toronto’s Globe & Mail. He is also an avid golfer and following a buddy trip to Nova Scotia he figured how he could marry his two great loves during the 24-hour drive home.  Eighteen months later he took a buyout from his newspaper and began his quest to launch a print magazine focusing on the world’s best golf course photography and art.
He got many of the world’s best golf course photographers (including Evan Schiller, Channing Benjamin, David Cannon, and Steve Carr, to name a few) and artists on board and the long process to publication began. This was going to be no small thing: Nicholson already knew Catalogue 18 would extend to 300 pages where the image would dominate pages and double page spreads. It is, in essence, a coffee table catalogue of hundreds of images of the world’s best golf courses. These show off the beauty of the landscape and the beauty of the golf experience that awaits. If you want your images big and powerful and on the printed page, Catalogue 18 makes a powerful statement.
“I’m finding that the physical quality of the magazine itself makes believers out of anyone who holds a copy and sees the incredible quality of the images and design,” says Nicholson of the first issue. “It’s immense, it’s luxurious … the paper even smells good. Catalogue 18 is a beautiful object, which is increasingly rare in this digital age.”
Nicholson knew that there were three key hurdles to overcome: two dozen artists and photographers had to say yes; a design business had to be lured on board (Studio Wyse, as it turned out); and Nicholson had to raise $45,000 to print and ship.
The first two took time and effort but he was, partially at least, preaching to the converted. It was the third obstacle that would prove most challenging.
His drive to raise funds for the first issue came through the crowdfunding site, Kickstarter, and that push began in the second half of 2018. The project was over-subscribed and he had hit his target by the Christmas deadline. Catalogue 18 was printed in Winnipeg, and shipped in March. Orders continue to be received as word spreads around the global golf market.
For Nicholson and Catalogue 18, the images come first. They take centre stage with everything else being shaped around them. “That’s unique in golf and unusual in magazines generally,” says Nicholson, “but this is very special content. It’s meant to be a visual experience.”
This is a substantial production, no question. It is 12.5 inches by 9.5 inches in size and 308 pages. It is an overwhelming experience… very much what Nicholson had in mind.
“I insisted from the start that Catalogue 18 had to be sui generis – it had to overwhelm the reader, use images in different ways, give all the contributors a chance to show what makes them different. It took 300 pages to accomplish that.”
And in the first issue is a 10-page spread on Doonbeg (by Steve Carr) as well as images from Killarney, Castlemartyr, Powerscourt, Co. Sligo and Waterville’s famous par three, Mulcahy’s Peak.
This is about beautiful photographs from the world’s best… of the world’s best. It is designed to inspire golfers to visit somewhere new or replenish old memories. Issue 2 will continue that trend as new contributors are added and the features section is expanded. It is due out next Spring.

Posted by Kevin Markham at 5:25 PM

Email ThisBlogThis!Share to TwitterShare to FacebookShare to Pinterest
Labels: Catalogue 18