Roar for Rory: Kids and the Irish Open 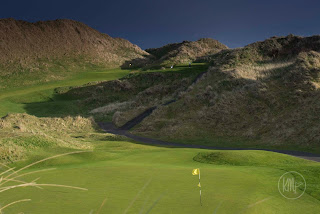 When Rory stuck his oar in to refresh the Irish Open, some three years ago, none of us realised quite how big a boat he was planning to row. The Dubai Duty Free Irish Open is rolling into town in two months’ time and the expectations are high. In 2015 (Royal County Down) and 2016 (K Club) visitors and even those who were intrigued by his involvement, that of his Rory Foundation and the lead sponsor Dubai Duty Free, have seen a tournament go from strength to strength. It didn’t hurt that last year, when Rory won in such scintillating style, he donated all of his winnings to the charities being supported by The Rory Foundation.
2017 is the ‘biggest’ year yet. There’s a music stage, there’s a superb links course,
there’s a strip of Northern Ireland simply buzzing with anticipation, there’s a prize fund of $7 million (that’s up 60% on 2016) thanks to the European Tour’s Rolex Series, and there is bound to be a list of top tier players as the Irish Open has moved its time slot to start a dramatic ‘links swing’ which culminates with the Open Championship, two weeks later. Justin Rose will be just the first of many to confirm his attendance. 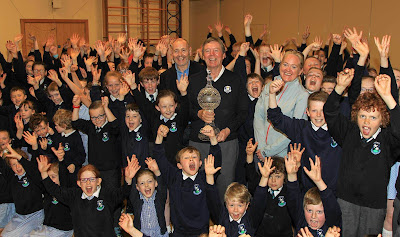 CAPTION: The children of St Ita’s Primary School in Belfast, pictured with Brian McIlroy of the Rory Foundation, Antonia Beggs from the European Tour and Dubai Duty Free Golf Ambassador Des Smyth.
But the efforts of all concerned go further still and, in the grand scheme of things, these are essential to the future of the game. The ‘Roar For Rory’ competition will give two lucky children across the island of Ireland a chance to win some fabulous ‘money can’t buy’ prizes for their school and family. These include:


How do you go about winning this prize?

All parents and their kids, and teachers and their pupils should send a short video or fun photograph of the children, their friends or classmates showing their support for defending champion Rory McIlroy and the other top players who will be competing for the Dubai Duty Free Irish Open title at Portstewart in July. How do you show that support? Shout ‘Come on Rory’ (or any other player you choose) in
Entries should be sent to roarforrory@duffyrafferty.com along with contact details clearly stating the child’s name, age, address and school.

Alternatively, parents and teachers can tweet videos and photos to @ddfirishopen or post on the Dubai Duty Free Irish Open Facebook page with the hashtags #ddfirishopen and #roarforrory.

Closing date for entries is Wednesday June 7 with the prize to be taken by June 23 or before the end of term.

“It is such a great way for kids to get involved with such a huge and important sporting event in the island of Ireland’s sporting calendar which attracts so many high-profile professional golfers and worldwide interest,” he added.
Brian McIlroy of the Rory Foundation said: “Our annual children’s competition is such an important part of the Dubai Duty Free Irish Open and something that Rory himself is very passionate about as it encourages kids to become involved in golf or even to take the sport up at a young age.

“What is so fantastic this year is that children now have an opportunity to show us – and Rory - how much they are supporting this year’s tournament in the form of a video or photo.  We’re all looking forward to seeing the enthusiasm and passion that school children from both the North and South of Ireland have for Rory and the Dubai Duty Free Irish Open,” added Brian.

A portion of all tickets sales this year will go towards the Rory Foundation which was established by McIlroy in 2013 to help children live better lives by raising funds and offering support to children’s charities around the world.

The tournament enables the Rory Foundation to build a platform for positive change reaching into the community and developing innovative initiatives to help children and young people in most need. Sport Changes Life are the primary beneficiary of this year’s tournament.

For more information on the 2017 Dubai Duty Free Irish Open hosted by the Rory Foundation or to purchase tickets, click on www.dubaidutyfreeirishopen.com.
Posted by Kevin Markham at 10:55 PM

Email ThisBlogThis!Share to TwitterShare to FacebookShare to Pinterest
Labels: Roar for Rory