Never mind it being a long way to Tipperary, when you’re travelling from Wexford it’s considerably farther to Killarney and Waterville, on Ireland’s Ring of Kerry. But the opportunity to play golf at these fine courses was too tempting to let an 11 hour round trip get in the way. And besides, a night of comfort in the Muckross Park Hotel was always going to ease the
drive. It is also only five minutes from Killarney Golf Club.

My remit was to write an article for Irish Golfer Magazine (IGM) on the three courses at Killarney, and if you want to read the piece in IGM, click here and see pages 94-98. The links at Waterville is a future article so combining the two into one trip was an easy decision.

Waterville Golf Club was my first port of call. It has some of Ireland’s most majestic scenery, it is a links rated in Golf Channel’s Top 10 Ocean Courses, it has a rhythm of utter perfection and it has a quality that caresses the landscape in every direction. And then there are the killer holes (3, 4, 11, 12, 15 to 18) that make it such a joy to play here… even when caught in a hailstorm that threatens to hurt.
Here are three golf course photographs of Waterville. (Killarney shots are further down.)

The drive from Waterville to Killarney can follow one of three routes east, two of which form part of the Wild Atlantic Way. I chose the middle road which rises into the mountains from the village of Sneem, with its white-walled houses. It was late and my trip across the mountains, through Moll’s Gap and down through the Killarney National Park, saw not one other car. The end of March is still quiet in this neck of the woods… but not for much longer.

Muckross Park Hotel & Spa was nothing like as quiet but, given its quality, that is no surprise. Here you will find excellent accommodation and food. Never mind dinner at 9pm, I’ve not seen a breakfast buffet layout quite like it… and the natural honeycomb and local produce were superb little touches. 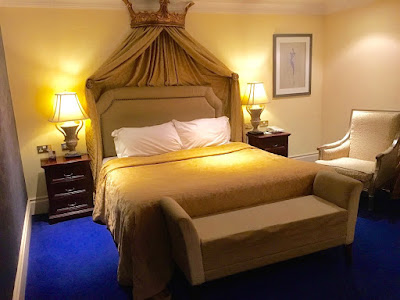 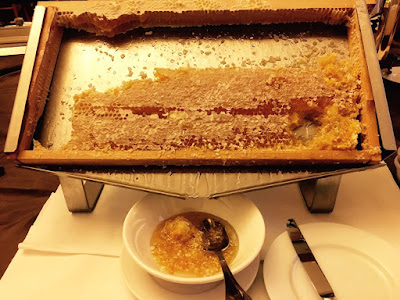 I first played Killarney Golf Club as a youngster over 30 years ago. I remember only the closing three holes at Mahony’s Point – for obvious reasons – and the deer wandering across the fairways and through the trees. I have played here many times since, although on the Lackabane only once.

Lackabane was reduced to 16 holes a couple of years back and was removed from the third edition of Hooked as a result. There are further changes planned to the club’s ‘third’ course – read the article to find out more – but on this occasion my focus was on the impressive recovery of the two main courses after the terrible winter flooding from Lough Leane. Hard to believe that land could go from such severe flooding in January (the 1st hole on Killeen was under water and the clubhouse became an island) to being open for play by St Patrick’s Day.

But that’s what happened and work is continuing – especially to Killeen’s 1st lakeside green – to add extra finesse across the 36 holes.

Here are some photos taken during my visit – you’ll notice the snow-capped MacGillycuddy’s Reeks. Bathed in sunlight they provided a stunning backdrop to every hole.

You’ll also find an article in Irish Golfer Magazine on society golf in and around Dublin City (pages 101-104), as well as all other Irish golf news.