Golf, The Olympics, and a Conundrum 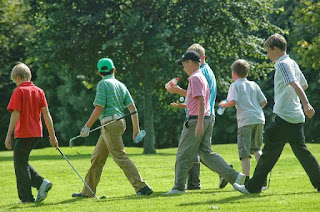 In the last week, Adam Scott, Louis Oosthuizen and Vijay Singh have stated they will not be competing at the Rio Olympics. Their reasons are different, but they are extremely prominent names nonetheless. In between the three announcements a
piece I wrote on golf in the Olympics was published in the Irish Examiner. The full article is below...

... I am still not convinced that golf even belongs in Rio.

The Battle for Olympic Gold and a Golfing Legacy

On 11th August, 2016, the battle for Golf’s Olympic Gold Medals will begin. It will be the first time since the St. Louis Games in 1904 that golf has been part of the Olympics. In St Louis, there were 77 competitors from just two countries – the USA and Canada – of which 74 were from the USA. In 2016, in Rio de Janeiro, that number will be 120 (60 men and 60 women) with potentially 40 countries represented. In those 112 years consider how much has changed in terms of technology, the game of golf and the Olympics, too.

The re-introduction of golf is widely seen as a blessing for the sport but not everyone agrees on its inclusion or its format. Here are the three key issues:

Is the Olympics good for golf?

Four billion people watched some part of the London Olympics. What an enormous audience for golf to reach, influence and inspire. As the biggest sporting spectacle on earth the Olympics is an unprecedented opportunity for golf to grow on a global scale and golfing bodies are falling over themselves with joy.

The new R&A chief executive, Martin Slumbers, told the BBC that golf will be strengthened by its inclusion in Rio. "I'm always amazed every four years when the Olympics comes along at what sports I watch. So there will be a lot of people out there who will say 'right, let's watch the golf,' and that exposure to hundreds of millions or billions of people watching the Olympics could be fantastic.”

John Roche, the Director of Golf and Business Development at the CGI also sees major advantages. “We’re delighted golf is included and it’s excellent for the development of the sport.”

Paul McGinley, who will lead the Irish golf team, concurs. “It’s huge for golf. We are very privileged to be back in the Olympics. It is the biggest sporting event in the world and to have a seat at the top table in sport is a big deal for golf.”

Graeme McDowell is also an advocate. “I think the Olympic Games is the pinnacle of sport. It’s the ultimate achievement for a sportsman and athlete. Nothing will internationalise the game more than golf being part of the Olympics, and bringing the game to underdeveloped parts of the world, bringing golfers to this great sport that we all love.”

On the Irish golfer level, Aaron McAllorum of OpenGolfIreland believes "Golf's reintroduction to the Olympics will diversify the games further and it will become a more inclusive festival of sports as a result."

For all the positive sentiments there has been one prominent dissenting voice. In May 2015, Adam Scott described the Olympics as an “exhibition” event. “Whether I win an Olympic medal or not is not going to define my career or change whether I’ve fulfilled my career,” the Australian star said. “It’s nothing I’ve ever aspired to do and I don’t think I ever will. It’s all about the four majors and I think that’s the way it should stay for golf.”

In response to Scott, McGinley said the Olympics offers the best opportunity to stop the decline in the sport’s grassroots participation. This has become the general fall-back position across golf’s various bodies. If there are others in the upper echelons of golf who feel as Scott does, they are keeping a low profile.

But let’s look at this another way.

Of the billions who tuned in to the 2012 Olympics, how many people watched the water polo… who weren’t already water polo enthusiasts?  How many viewers did it inspire to take up the sport? Perhaps a simpler, more direct comparison is to consider what Tiger Woods did for golf in the 1990s and 2000s. Television viewing sky-rocketed when he played and plummeted when he didn’t: in 2014, when he didn’t play at the Masters, television ratings dropped to their lowest levels since 1957. Figures for African-American kids taking up golf show little to no improvement as a result of the ‘Tiger effect’, his multi-million dollar sponsorship deals and high profile. In other words, success and exposure do not equate to an uptake at the grassroots level, and certainly not for a sport that is considered costly to take up… unlike water polo.

Whether Rio inspires people to take up the game may not be known for as long as a generation but, if it fails to draw in the TV viewers, it could be dropped from the Olympics in a matter of years.

The most fundamental question is whether golf should even be in the Olympics, when a Gold medal is not the absolute pinnacle of a golfer’s career? That is the key argument being put forward by those against golf’s inclusion. It is a valid point. Graeme McDowell has said that the Olympic Games is the pinnacle of sport… but is it the pinnacle of golf? The Claret Jug or a Gold medal? And let’s not forget that the qualification system means that many of the top 50 golfers in the world won’t actually be able to compete in Rio, unlike, say, the Open Championship. This serves to reduce the value of the six medals no matter how many advocates continue to point out that a Gold medal is awarded only once every four years.

Is golf good for the Olympics?

Golf and Rugby Sevens are the two new sports being introduced in 2016… at the expense of baseball and softball. It was the lack of participation by baseball’s major stars which was one of the early nails in the sport’s Olympics coffin. The International Olympics Committee (IOC) has ensured that won’t happen with golf by specifying that competitors must be Professionals.

The IOC undoubtedly expects golf to reach a larger audience than baseball and softball, and it clearly – and cynically – shows why the field will be made up of so many of the biggest and richest sports personalities on the planet, and not the amateurs who would have fulfilled the original spirit of the Olympics.

But that spirit has long since evaporated and today’s Olympics is a money making juggernaut… with the largest if most unlikely sponsors piling on board: McDonald’s being a prime example. It is a hugely lucrative enterprise and the inclusion of golf’s superstars ensures that many more viewers around the world tune in to watch, which will, in turn, attract more sponsors.

There is hope and expectation that golf will reach underdeveloped parts of the world, benefitting golf and the Olympic movement… but that begs the question: where will these new converts play golf? Rio de Janeiro, this year’s Olympic city, has a population of over six million but only two golf courses (both private)… three if you count the Olympic course. That hardly lends itself to opportunity, never mind the cost of playing the sport. Courses are not cheap to build and the game is not cheap to play so, ultimately, the expansion of the game in brand new markets will be limited.

There are also conservation and environmental issues. How will countries in Africa justify building and maintaining courses when water is such a valuable resource? How many ecosystems will be damaged? The building of the Gil Hanse designed course in Rio’s Marapendi nature reserve caused plenty of controversy and construction was slowed down by environmental lawsuits and land ownership disputes. Such issues are generally overlooked by the IOC in pursuit of global reach and influence. 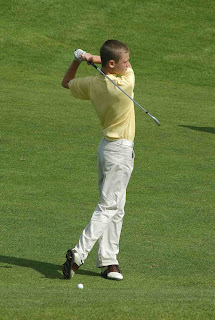 Is a Professional strokeplay event the right format?

Undoubtedly, one of the biggest gripes about golf’s inclusion comes down to the competition format and who competes.

Do we really need yet another 72 hole stroke play tournament? The IOC has missed a massive opportunity to make Olympic golf a riveting event. If you want non-golfers to watch a sport that takes 5 hours to complete you need a matchplay format that makes every individual hole a battle, every putt a possible victory and makes players take risks from the start. There will also be a winner after each match… not after four days. That’s what creates excitement and keeps people glued to their seats. Just look at the Ryder Cup. Asking non-golfers to engage with a four-day event, where nothing significant happens for the first two days, leads to the possibility that viewers won’t watch the final two days when things start to get interesting.

It could also have been played as a team event, including a mixed team. Wouldn’t that be a wonderful chance to let golf shine as a sport which embraces team spirit and camaraderie?
And who exactly should be competing?

“To grow the game of golf we need to invite amateurs to compete at the Olympics, instead of the current format of 60 (edited) top professionals,” Adam Scott said last year.

A recent online survey asking this very question received 455 responses. Of these exactly 50% said the Olympics should be for amateurs. A further 28% said golf did not belong in the Olympics at all, which left just 22% saying they wanted to see Pros playing.

Given the IOC’s experiences with baseball, however, there was never any question of this being an amateur event… which is a crying shame as it would be a chance for the world to see the talent that’s coming through and give them a stage on which to shine. Think of the passion that amateurs would bring to the sport. I’m not suggesting Pros won’t be passionate but many athletes spend four years building towards the Olympic Games… for the big Pros it’s another tournament and another week in a hectic annual schedule.

However, in terms of golf reaching new audiences, who are non-golfers going to sit down and watch: Irish amateur Jack Hume or megastar Rory McIlroy? How many of us took up the game because we saw Seve, Jack or Tiger enthralling the crowds and playing so many magical shots? If the Olympics is to be a showpiece for golf, then shouldn’t those players who youngsters aspire to be, be the ones who play?

"Those calling for the event to be just for amateurs (me included) may keep in mind that as far back as the 1970s, Eastern bloc countries entered into the games across all fields with their State-funded 'amateur' athletes. Is there really such a thing as an amateur golfer these days at Olympic level? Probably not," concludes McAllorum.

The arguments regarding who should play and in what format will rage on, but for now golf and the Olympics are entwined. As such, it is down to golfing bodies around the world to look at how to use the Olympics and its coverage of golf to their full advantage. When those thousands of non-golfing viewers decide it is time to try golf they will want and expect to be welcomed with open arms. It is therefore down to national golfing bodies to ensure that there is ample access to the game we love.